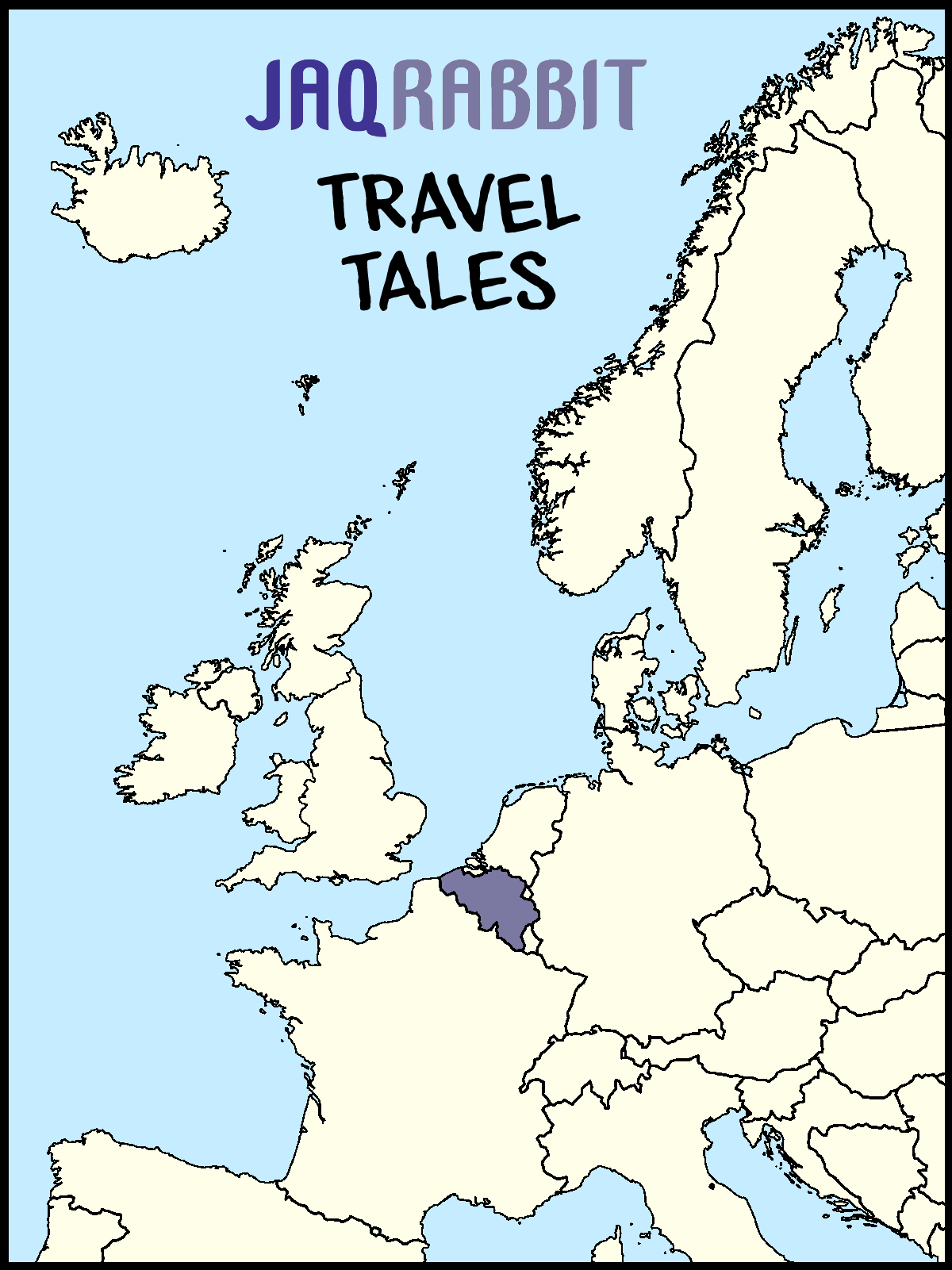 Belgium is an odd duck. It gave us Tintin, of course, which is a cultural achievement on par with the Louvre, the works of Mozart, the Sistine Chapel, Björk, or Madame Tussauds. But its best known work of public art is Mannekin Pis, a fountain of a little boy pissing, which the locals like to dress up in little outfits. Unlike many European countries, Belgium doesn’t have its own language, instead using those of its two bigger neighbors: neither fully French nor Flemish, neither fish nor fowl. So maybe it’s appropriate that I found myself with a guy who was neither boy nor man.

My second night in Brussels, I decided to check out the bar scene. My guidebook mentioned one that turned out to be “not all that”. Maybe I was there the wrong night of the week, but it was dead. I gave it until 11pm, then with four bored glasses of Stella Artois in my belly, I walked out.

The street wasn’t busy with traffic or pedestrians, so of course I noticed the pretty teenage boy I passed, walking in the other direction across the street. He smiled at me, and I smiled back, but I kept going, figuring he was probably headed to the bar. He was cute, but I wasn’t quite pathetic enough to go chasing after him.

But about 50 yards down the street, I realized that I’d gone the wrong direction when I left the bar, so I turned around. As I got close to the bar again, I noticed him again. He’d changed directions too, and had crossed to my side of the street. Was he chasing me? We both slowed as we approached each other. Evaluating him further, I decided he looked a little young to get in to the bar. On the other hand, his tight shorts and a pink tank top would’ve served him well there. Or here on the street, for that matter. But he had the kind of boyish face that looked like it hadn’t spent much time yet in contact with a razor. I was pretty young back then. He was younger.

He stopped in my path, not exactly blocking me, but enough to make him awkward to get around. “Goedenavond!” he said with an engaging smile.

I always got a kick out of it when people assumed I was a local, and addressed me in their language instead of mine, so I’m sure I smiled back at him. “Bonsoir,” he added as I looked him over, apparently covering his linguistic bases.

“Oh, cool! So are you here for business… or pleasure?” He was clearly flirting with me.

“Just bumming around Europe for a couple months!”

Now, at that point in my life I’d been around the block enough times to know a little about hooking up with strangers in public places. But his body language didn’t seem quite like that. He wasn’t just trying to pick me up. He was trying to get me to pick him up. And pay for it.

“Look, are you just being friendly or are you trying to…?”

“I can be very friendly!”

“For the right price?”

I found myself… conflicted. It wasn’t that this guy was too young to get his dick wet… I did it when I was his age, and even with a couple people older than I was. And I didn’t have any problem with prostitution as such. But hustling at his age? That didn’t seem right. Did he really need money that badly? I knew I wasn’t going to “save” him… I wasn’t Richard Gere or anything. But I could at least help him out a little, right?

“Look, I’m not gonna hire you. But how about I buy you something to eat instead?”

His smile disappeared, and he looked confused, as if he wasn’t sure he understood properly what I’d just said.

“Are you hungry? Let’s get some food.” The smile returned. But not the same smile. Less flirtatious, more sincere.

We shared introductions, and my new friend Robbe led the way to a place to eat. He mostly asked questions about me and my big trip, deflecting most of my questions about him.

We arrived at a café, occupied by half a dozen of customers. We sat at a counter, far enough away from the other customers to not be overheard, and asked for a couple coffees; Robbe also ordered a ham sandwich and fries. We kept up the smalltalk until the waitress delivered his plate and turned her attention elsewhere. “You know, we invented these,” Robbe declared, holding up one of his fries.

He dipped it in the splat of mayonnaise on his plate, popped it into his mouth and chewed.

“Frieten… fries.” He grabbed another one and dipped it in the mayo. “They’re from here, not France,” he boasted, holding the fry up to my mouth. “In World War 2, American soldiers didn’t understand the difference between Belgium and France, and got the name wrong.” It sounded plausible. I opened my mouth and he fed me the fry. He held onto it as I closed my mouth on his fingers, sucking them briefly.

He winked at me, smiling.

I finally put the question to him: “So how old are you?”

“How old do you want me to be?” He took a bite of his sandwich, watching me out of the corner of his eye as he smiled and chewed.

“I’m not falling for that one!” I smiled slyly.

He rolled his eyes.