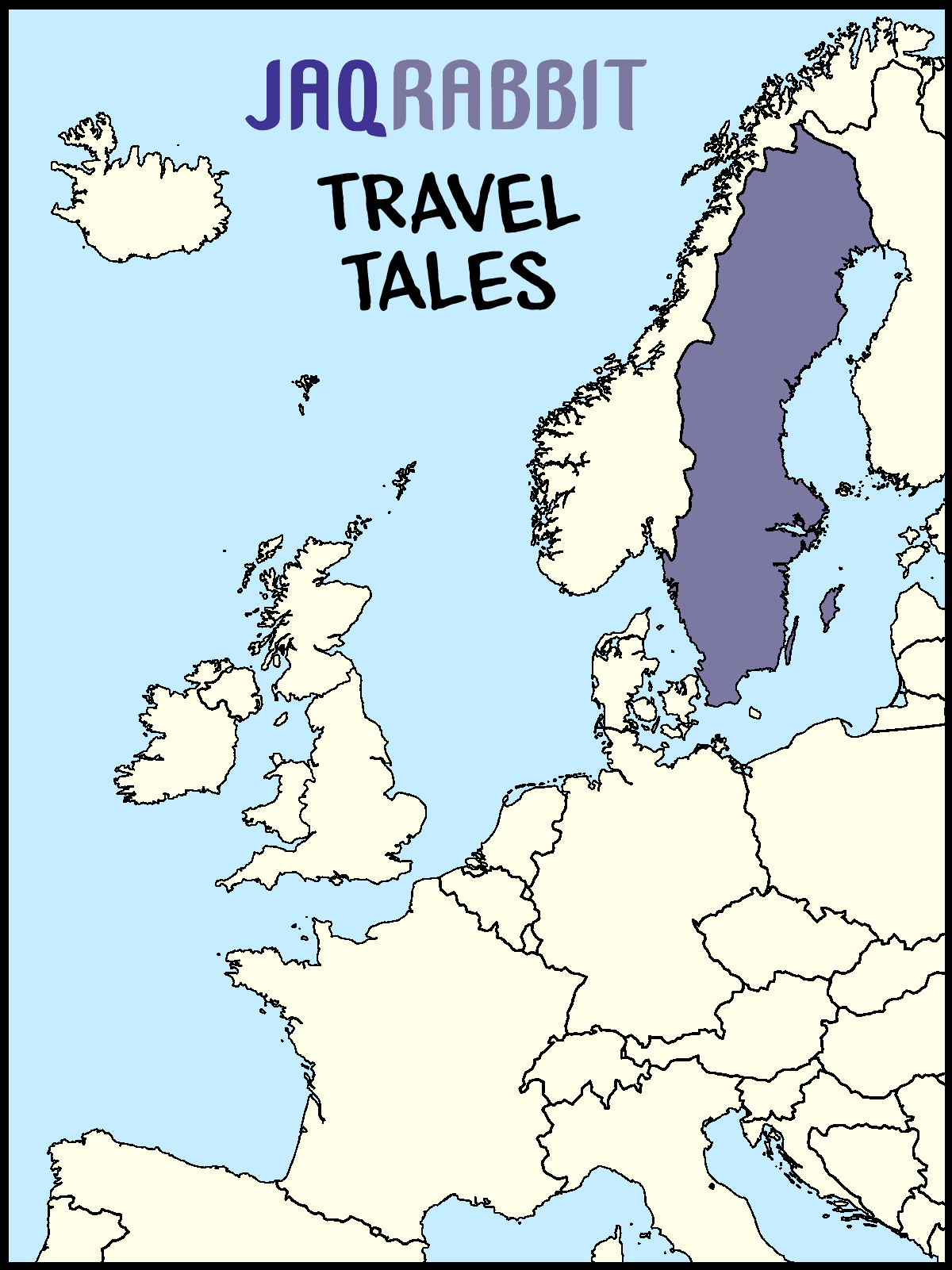 One of the little-known perks of the Eurail Pass is that it doesn’t just give you unlimited transportation. It also includes free lodging. Sort of. The catch is that you have to be OK with sleeping on trains. And I don’t mean in a private berth.

Because European countries are all packed together, distances are pretty short, and you can often get from one capital city to another country’s capital in just a few hours. But some of the distances are long enough that you can book an overnight train ride between them. It’s kinda perfect, really: you check out of your hostel in City 1, stash your backpack in a locker at the train station (in those days they still had them), enjoy your last day and evening in City 1, retrieve your pack and stagger onto a train, then wake up the next morning in City 2, where you’re first in line to book a cheap bed somewhere. Presto: one night’s lodging, free of charge.

But like I said: no bed. Long-distance European trains aren’t bad for sleeping, though. Most of them have reclining airline-style seats. Some have compartments, which are great if you get one to yourself or share with one other person, because you can close the door for quiet, and lie down across the whole seat. They’re not as great if they’re crowded. And more often it’s just rows of seats like on a bus or plane.

I used this lodging option a few times on my trip. One of the more interesting was my journey from Oslo (Norway) to Copenhagen (Denmark), via Sweden. This isn’t a huge distance, but it’s about an 8-hour journey by train, which is almost perfect for an overnight. Or at least it is if you actually sleep.

I boarded the train around 9:30pm. In mid-summer Oslo, the sun is still up at that hour, so this wasn’t a fumbling-in-the-dark situation. The train wasn’t very crowded, because most civilized people arrange to sleep in hotels. Since the whole point was to save money, I didn’t pay extra for a berth, and just presented my Eurail Pass to get a second-class coach seat. After boarding, I actually claimed a pair of seats: one for myself, another for my pack. Because the car was pretty empty I figured the conductor wouldn’t hassle me over that (and I was right).

Across the aisle one row back from me was another traveler who seemed to have the same idea. He had short, sandy-blond hair, chiseled features, and carried a smaller daypack with Göteborgs Universitet (that’s in Sweden) stenciled on it. Shortly after we got underway, he leaned back, turned toward his window, and closed his eyes.

I didn’t try to sleep right away. Even if it had been dark, it was way too early for me to go to sleep, so I pulled out my guidebook to plan for my next couple days in Copenhagen. After a while I glanced across the aisle at my neighbor, his head supported by one hand, his chest slowly rising and falling as he breathed.

But that wasn’t the only thing that moved. His slacks were loose enough to allow some freedom in his crotch area, and he was taking some involuntary advantage of that. His cock was plump, creating a bump in the fabric, and as I watched I could see it flex and relax, flex and relax.

I lost my place in the guidebook. I don’t take a lot of photos of people when I’m on vacation, and I decided this would be a good opportunity to correct that. Setting the guidebook down, I quietly searched in my backpack for my camera, my eyes glued to the shifting monster in the guy’s pants. Unzip! (That’s the backpack.) Fumble, fumble. (Still the backpack.) My left hand finally landed on what it was looking for. (Not the backpack… I was getting hard and needed to re-position myself in my own pants.) Finally found the camera!

The Swede’s face was mesmerizing, so peaceful, so beautiful. I snapped a quick photo, then realized I’d forgotten to focus. Lowering the camera, my gaze returned to his crotch, where the bulge in his pants stopped shifting and simply stretched. I looked again at his face.

His half-open eyes stared back.

Trying to look nonchalant, I slipped my camera back into my pack. Meanwhile, my other hand reached to cover my own hard cock. Which had the effect instead of drawing the Swedish guy’s attention to it. He smirked.

At this point the conductor entered the car. He began checking tickets, making note of which passengers were going all the way thru, and which were ticketed to get off at stops along the way. I was ticketed for the full haul into Copenhagen. “But I might want to get off before that,” I thought.

When the conductor finished with us, the Göteborg student got up from his seat and walked toward the end of the car, where the toilet was located. He opened the door, turned back to make sure I was watching, and briefly grabbed at his crotch, winking. He stepped inside and closed the door behind him.

I got up and followed. The external latch on the toilet was in the “occupied” position. I quietly knocked a playful pattern on the door. The latch switched to “available”.

I surveyed the car to make sure no one was watching me, and opened the door. Göteborg stood inside, his slacks around his ankles, his cock reaching for the ceiling. I quickly stepped inside, closed the door behind me, and switched the latch back to “occupied”.

Before I could say anything, he put his finger over my mouth to shush me. With the other hand, he reached for the zipper of my jeans and tugged downward on it. I reached forward and helped, also unbuttoning my jeans and pushing them and my undies down off my hips.

Our hard dicks bumped each other, like a lazy lightsaber fight. He reached down, gripping the base of my cock with his forefinger and thumb, palming the shaft of it. I gasped, and with his other hand he grabbed his own cock, and began slowly stroking both of them.

My hands would’ve just been in the way down there, so instead I reached up and put one on each side of his face, then leaned forward and kissed him. His lips trembling slightly, he kissed back, tentatively at first, then more aggressively.

The train rocked slightly, left to right, and he adjusted the rhythm of his stroking to match. It was slow, much slower than I was used to. Slower than I wanted. I nipped at his lips, then nibbled his jawline. I growled a little, very quietly. He maintained his slow steady rhythm. I began to think that this wasn’t going to be a quickie… he wanted this to last.

Train toilets aren’t quite as small as airplane toilets… but they still aren’t built for two. And with the seat taking up the most valuable floor real estate, there isn’t much room for two sets of feet. As we started around a curve, neither of us had great footing, so when I bumped against him, and his hands were already full, he lost his balance and went down. Fell onto the seat, that is.

We both stifled laughs, hoping no one heard anything. Then he went down again. On me, that is. My cock was right at his eye level, after all. He leaned forward, first licking the circumference of the head with the tip of his tongue. He then planted a wet sloppy kiss over it. Then another, and another, each one going a little further down, until the breath from his nose tickled my pubes.

Again he seemed to be setting his pace to the gentle sway of the train car. My hands again found the sides of his head, and I slowly traced his earlobes: first his left, then his right, then his left again. He continued his steady slow-job. I ran my fingers thru his hair, and gently scratched his scalp with both hands. Up his lips pulled, down they sucked. His tongue slid left and right.

Someone knocked on the door. Startled, I tried to reach for my pants, but couldn’t grab them. My cock pulled out of Göteborg’s mouth, and he smirked and winked at me wickedly.

The person outside knocked again.

Abruptly, he let go of my wrist, and cupped his hand over the end of his cock, catching the stream of hot goo in it as he grunted quietly.

When he’d finished, I grabbed his shoulders in my hands, and pulled him up to a standing position. Then I grabbed his wrist, pressing open his hand with my lips, so I could taste his fresh spunk.

The knock on the door became insistent.

“Et minut!” I parroted (no doubt with a thick yankee accent), as Göteborg washed his hands. We helped each other get our pants back up and fastened in the cramped space. After a hasty kiss, I turned around and unlatched the door. Göteborg apologized in Swedish (I assume) as we stepped one at a time into the aisle, past a scowling middle-aged woman.

By this time the sun had set and the car was starting to get a little dark. The people we passed as we walked back to our seats were mostly settling down to sleep. When we got to our row, I picked up my backpack and tossed it across the aisle to the seat where Göteborg had been sitting. I sat down and motioned for him to sit with me. He pulled out a rail service blanket, sat down, and covered us both with it. He gave me a quick peck on the lips, snuggled up with me, and within a few minutes was breathing slowly and steadily, fast asleep. For a while I just sat watching him, my arm around him, enjoying him. Then I joined him.

Sleeping on a train is never without interruption, as from time to time it stops, people get off, people get on, the conductor checks newcomers’ tickets, and other such disruptions. So I half-woke a few times as the night passed. At one point in the night, as dawn began to creep back into the car, I felt a peck on the cheek and heard a whispered “farväl”. And when the train stopped in Helsingborg, I woke to find myself in my seat alone.

I saw very little of Sweden during my overnight trip thru it, but I have fond memories of it.