It was a rite of passage for adolescent perverts to park in back of the building, and pay the refundable-with-purchase entrance fee to browse the racks of VHS cassettes, glossy magazines, and pulp paperbacks, and glance nervously toward the peep-show booths. For the not-entirely-heterosexual customer, there was the added challenge of getting what they actually came there for. Some would pick up a selection of girlie mags, and slip one beefcake magazine into the pile, either hoping the clerk wouldn’t notice, or passing it off as just a casual kink, maybe a gift for the girlfriend. Others would be more bold, buying whatever queer filth they desired, but defend their masculinity with one or two hetero items: an implicit “but I like to fuck girls too”.

I like to think that I was simply being honest. I had fucked a girl, and I really did like it. So the Playboy I dropped on top of my stack of Freshmen, Blueboy, etc. was more than just a “beard”, and not just for the articles.

P.P.S. I considered drawing my hand into this, so that it would be more than just a photograph. But then I realized that it was the only reason to do that, so I left it out. 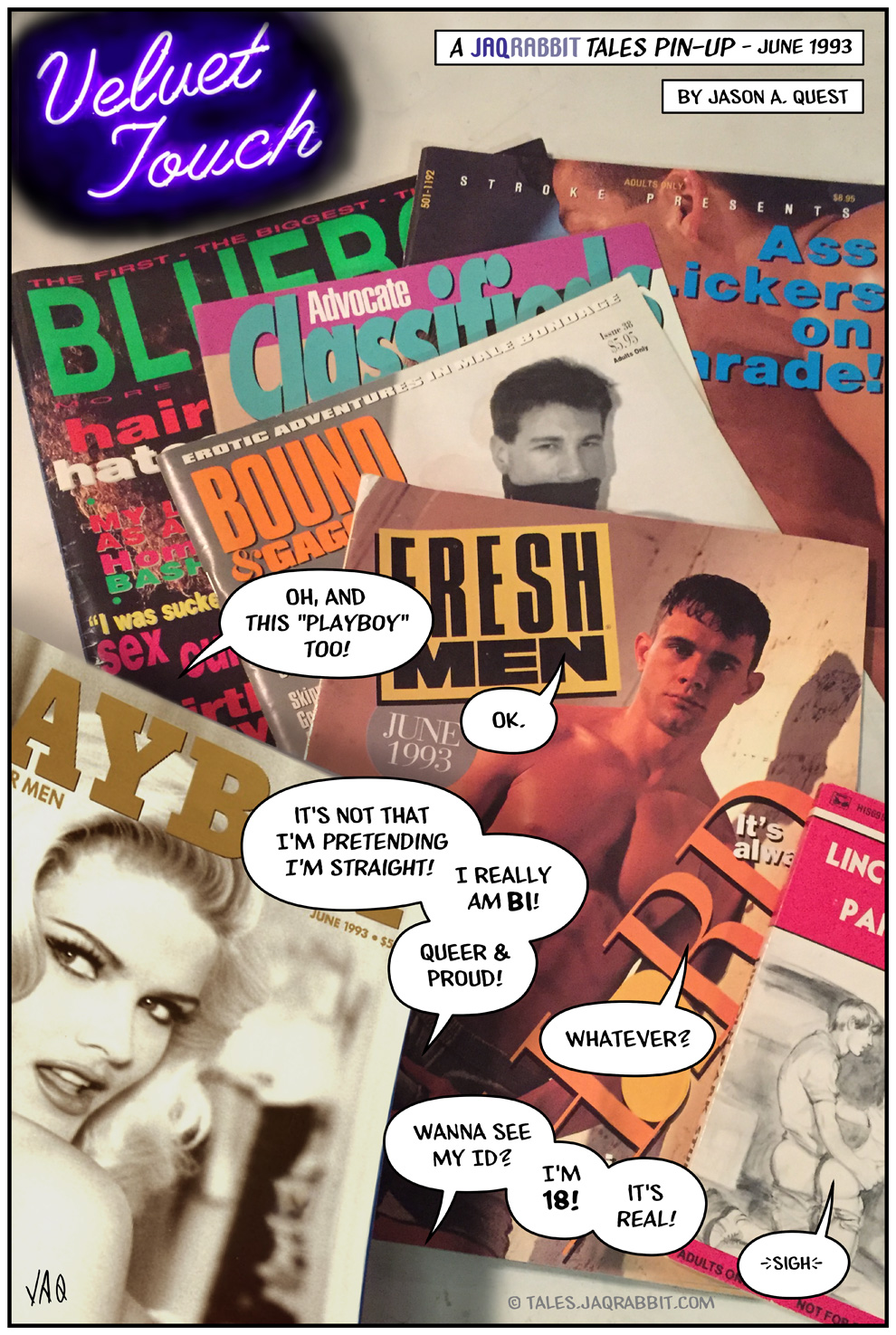