A few JAQrabbit Tales have been printed elsewhere. “Scout” debuted in Northwest Press’ Anything that Loves bisexuality anthology. RFD magazine has printed “The Dunes” and “Cabin in the Woods”. An R-rated version of “Cabin” – with some alterations to the character and dialog to fit the book’s theme – was included in Connections, an anthology about suicide. (To clarify: Jay did not take his own life.) “Track Meat” was printed in my friend Bill Olver’s magazine Thirst. But there’s one Tale that required a bit of… reworking for an appearance in print: “Bully”.

I wanted to submit it to You Are Not Alone, a series of paperbacks about LGBTQ bullying. But those books were very much PG-13, which meant that even the incidental nudity wouldn’t be allowed, and the serious tone of it meant the snickering punchline was… inappropriate. So I hacked it up a bit, and mostly redid the ending: modeling the “right” way to handle a situation like this, with a supportive authority figure. The book was in black and white, so I “colored” it that way, and since the whole book was about bullying, I retitled it as “Locker Mocker”. That version follows the JAQrabbit-branded version here. 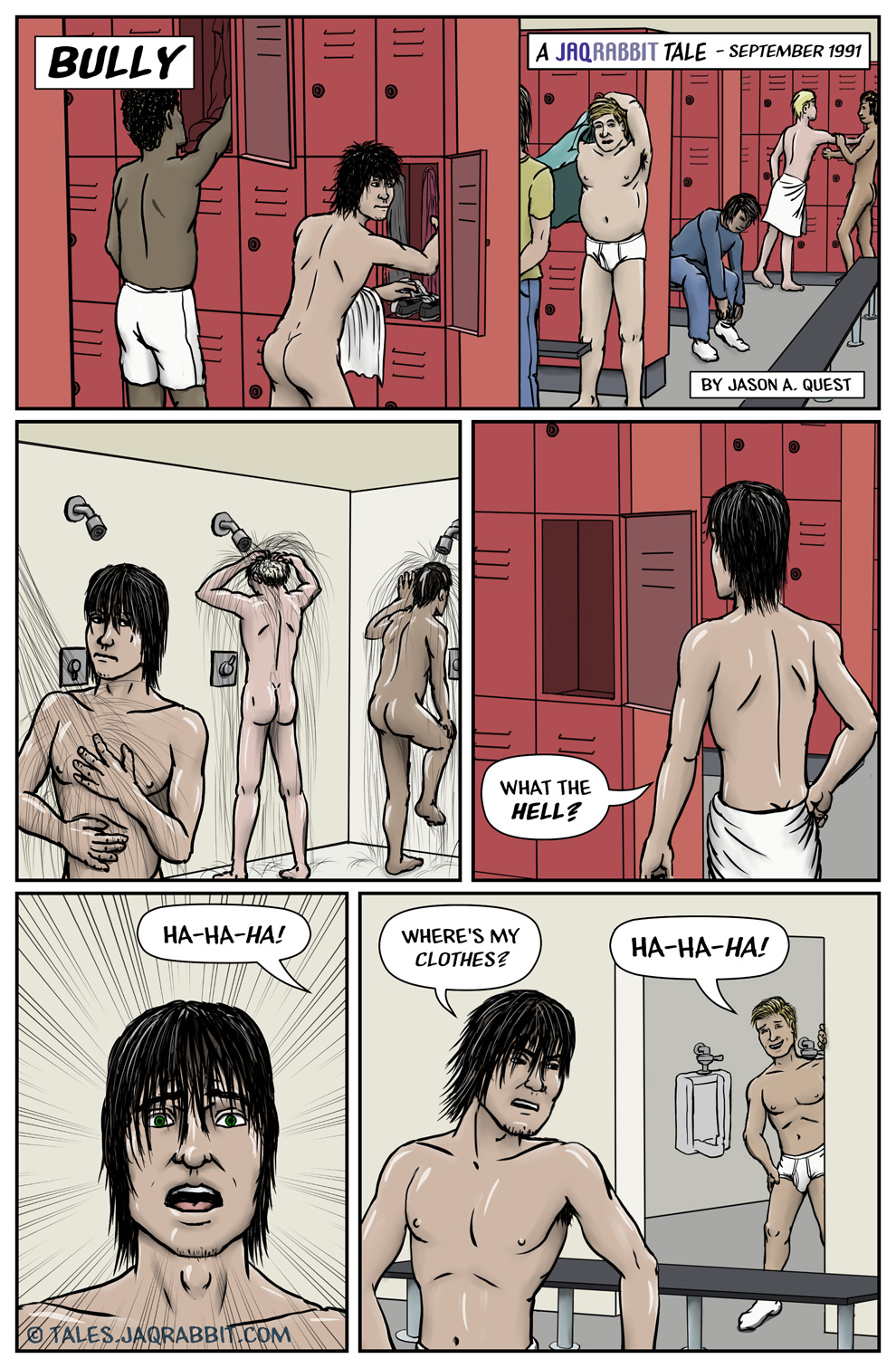 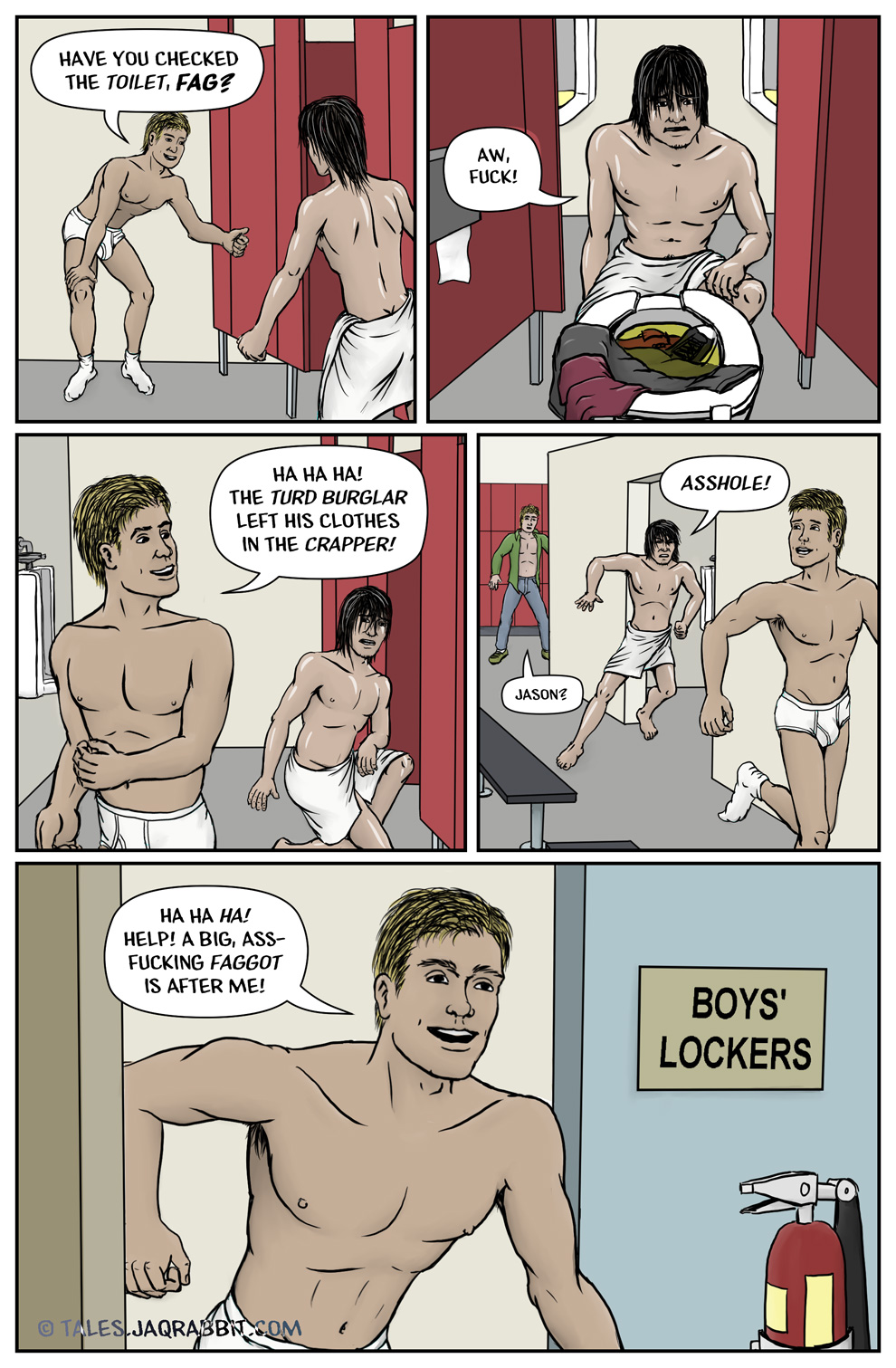 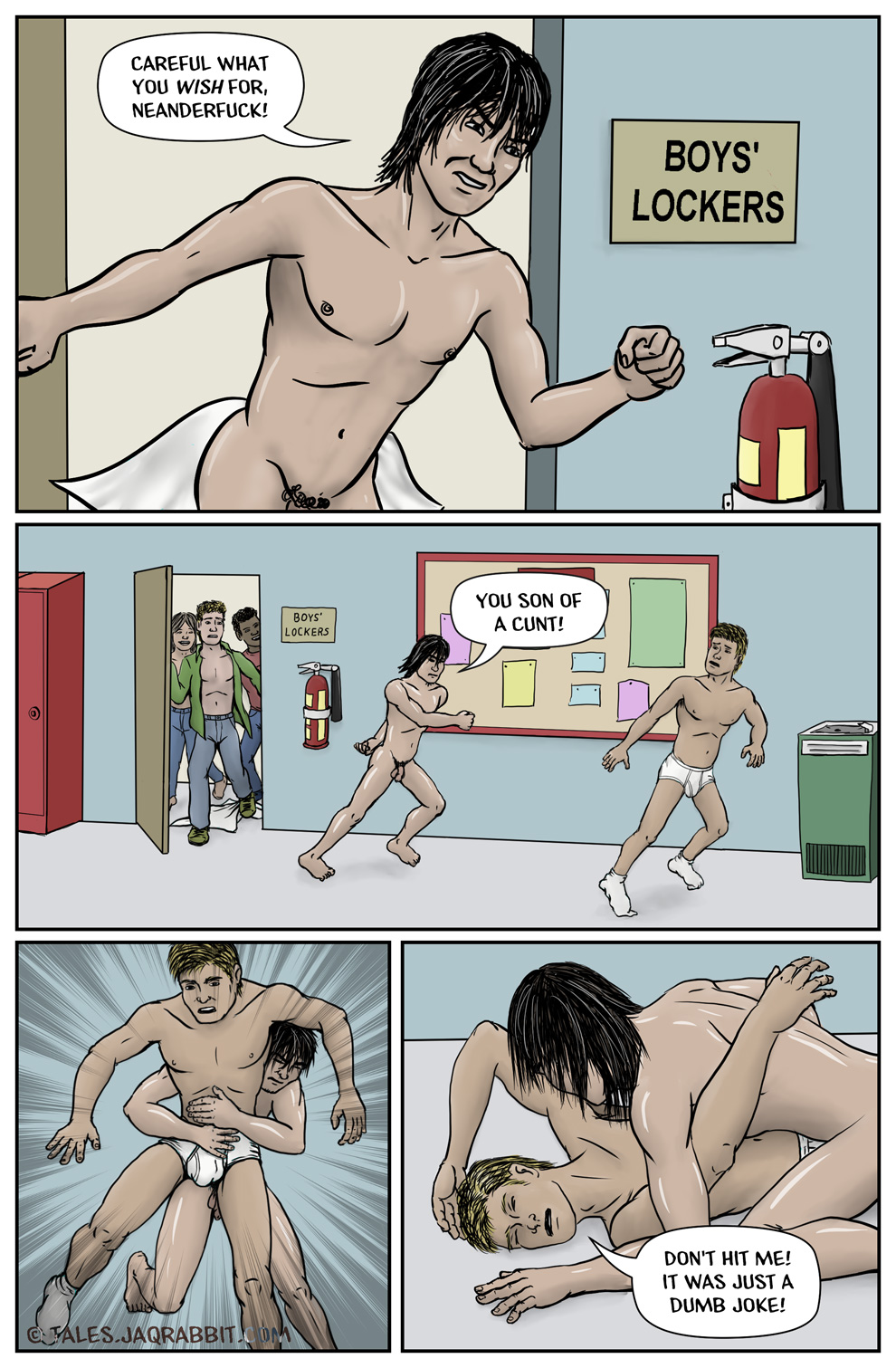 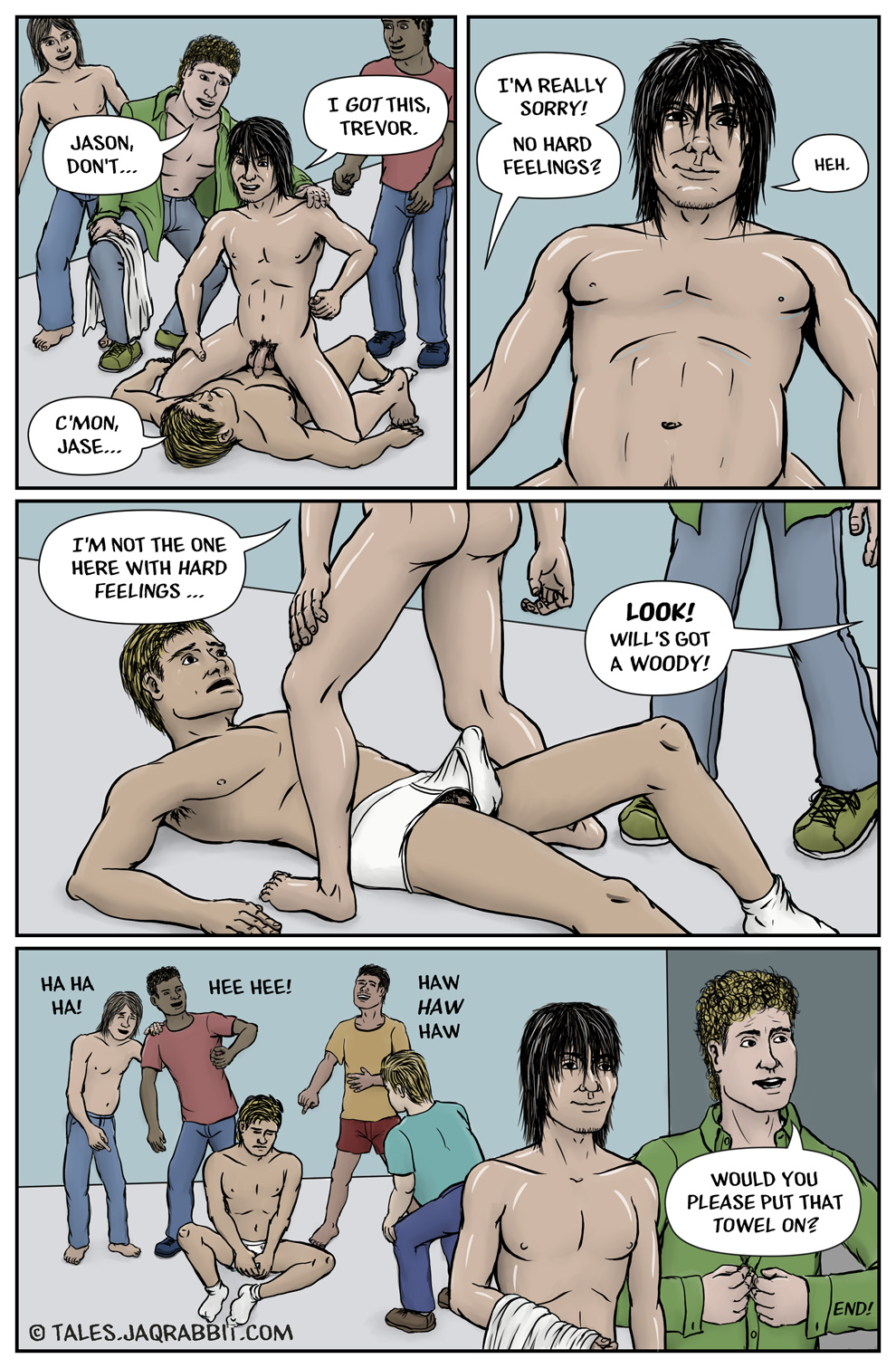 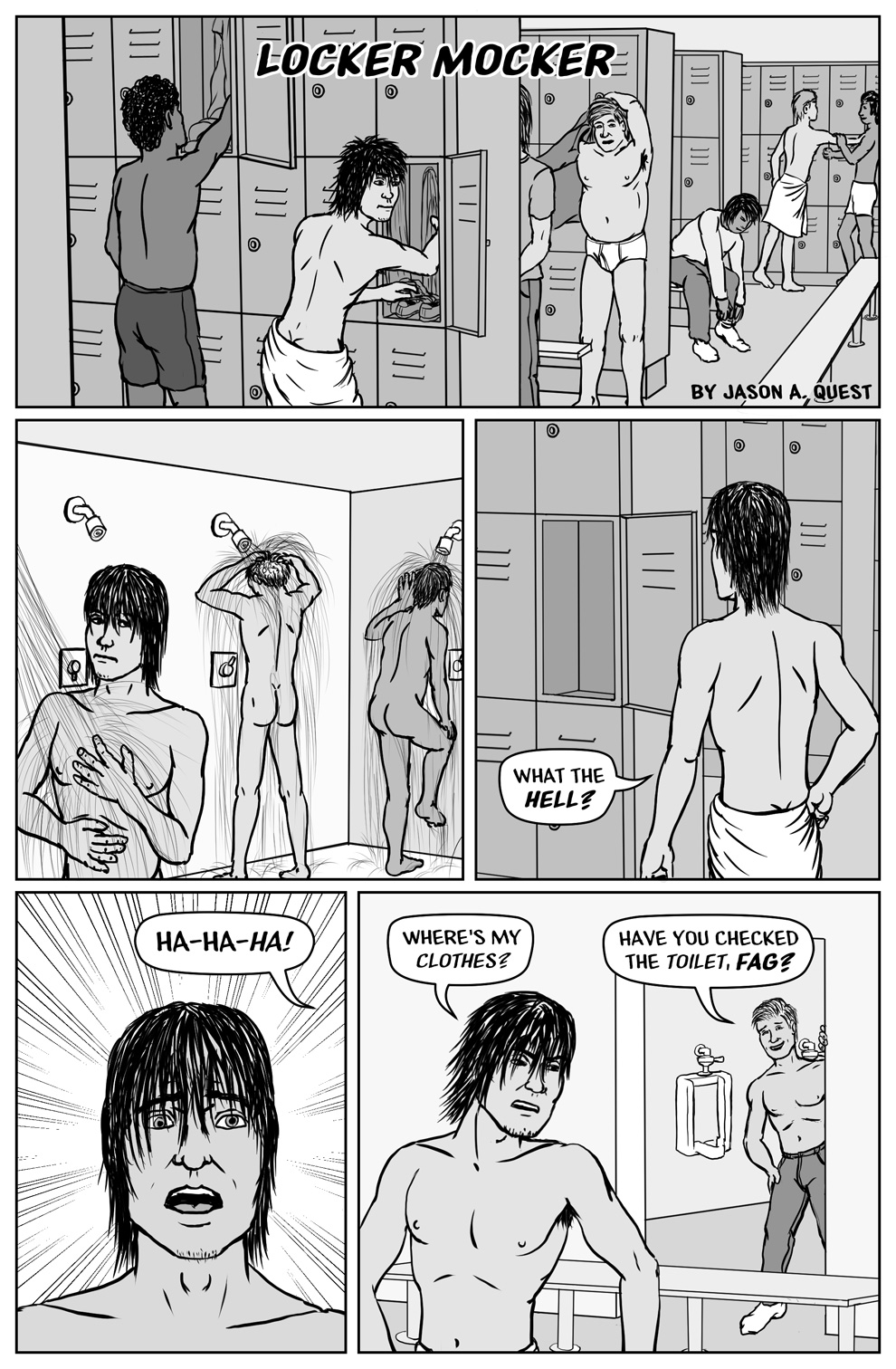 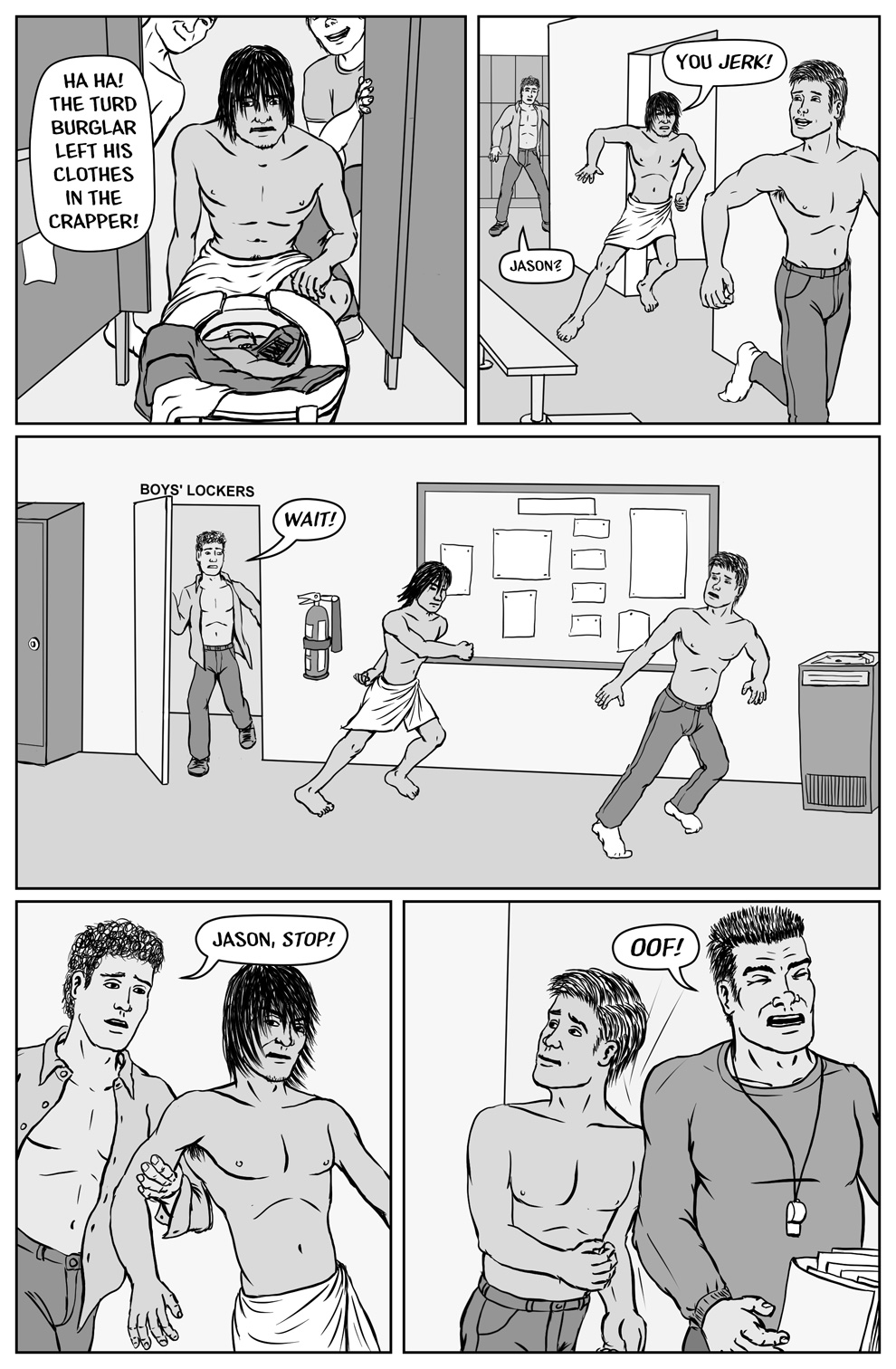 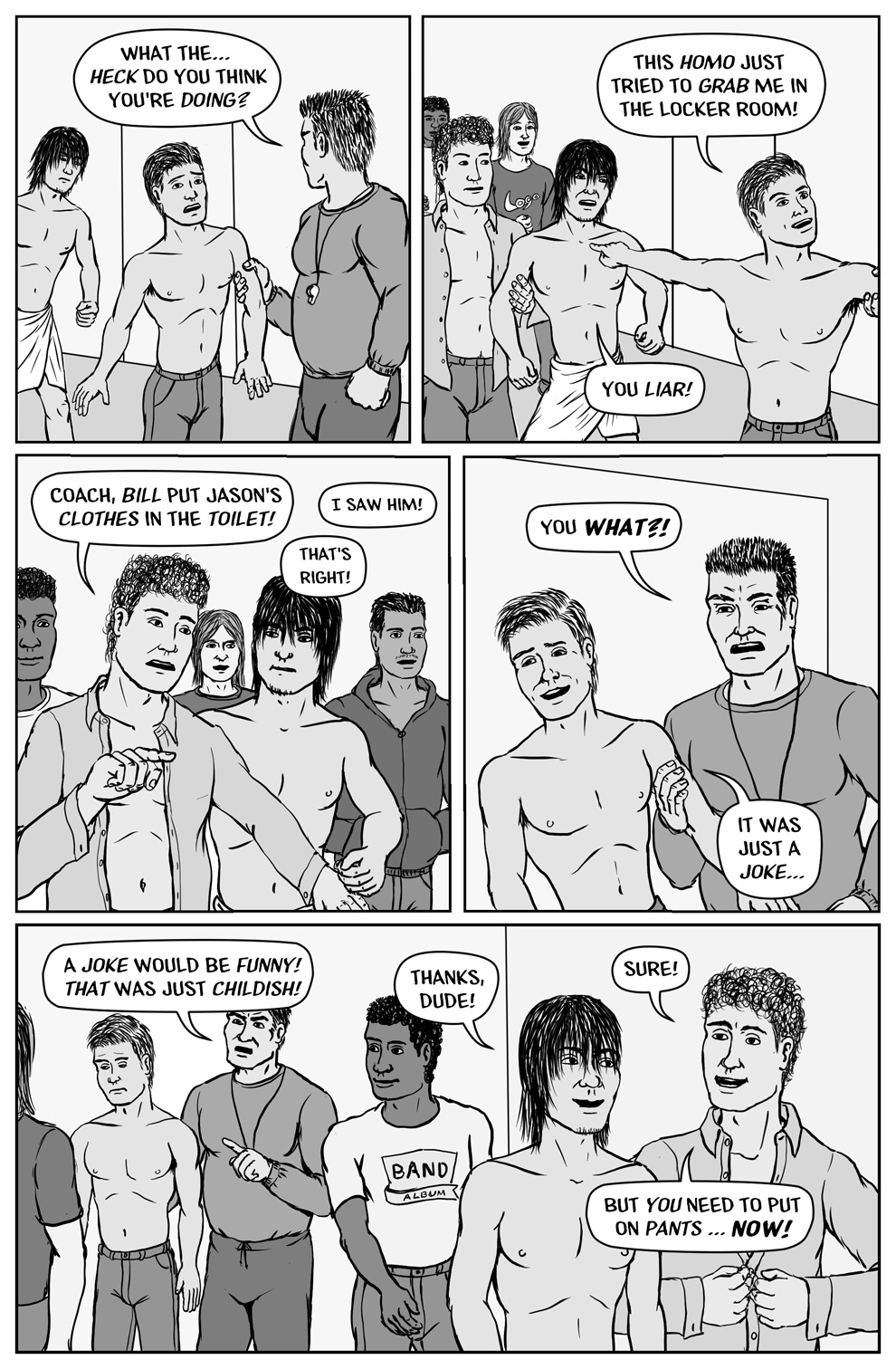