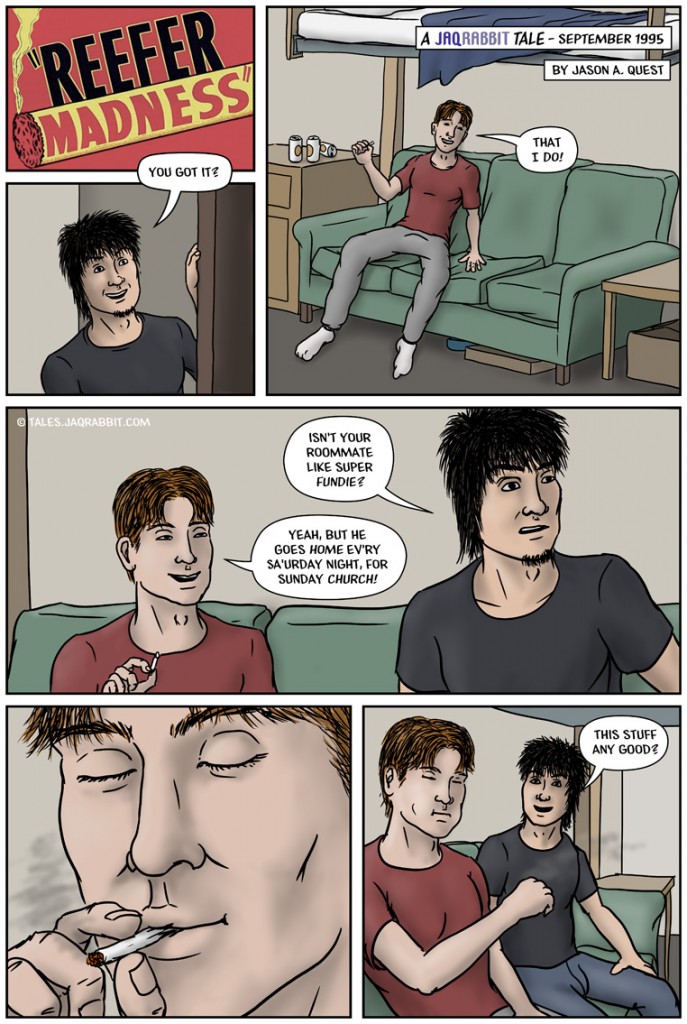 The title panel there is taken from one of the original posters for the film Reefer Madness.

This tale treads some of the same ground as “A Little Horse“, but from a different perspective, and goes different places with it. For those of you joining us late in the series: just because it shows our protagonist doing something, that doesn’t mean an endorsement or even an excuse for it.

There’s an apocryphal anecdote (variously attributed to Shaw, Churchill, Twain, Marx… the usual quotemeisters, none of whom actually said it) that goes something like this:

MAN: Would you sleep with me if you were given a million dollars for it?

WOMAN: Yes, I suppose I would.

MAN: Would you sleep with me for a dollar?

WOMAN: Of course not! What kind of woman do you think I am?

MAN: I believe we’ve already established that, and now we’re just haggling over the price.