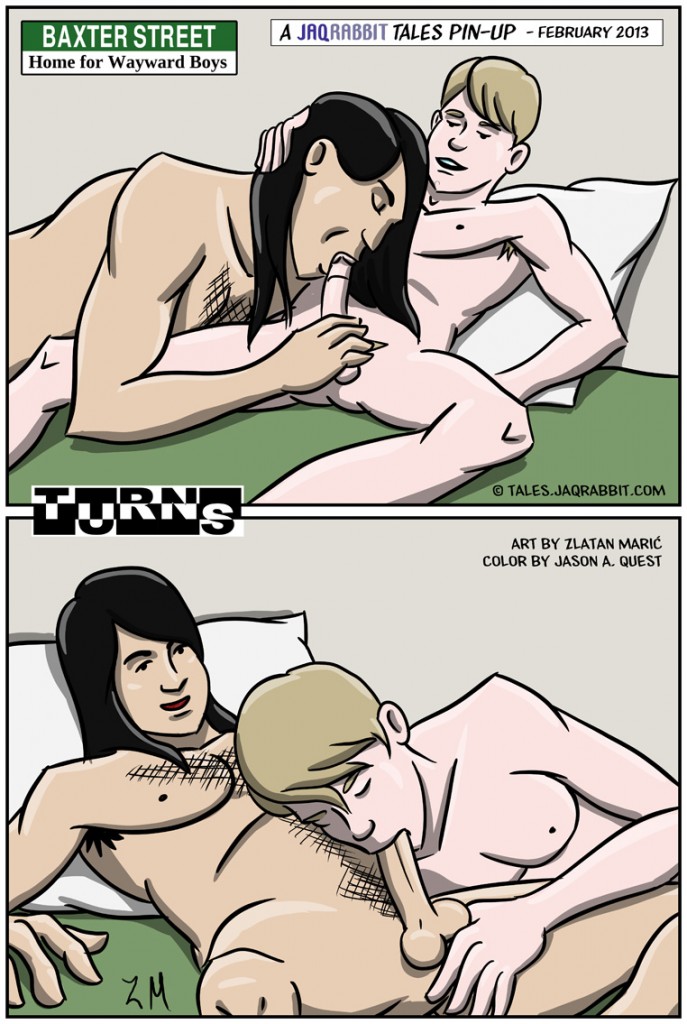 You might argue that this piece by Zlatan Marić isn’t really a JAQrabbit Tales pin-up, because it’s just Zlatan and Tyler: a couple of the (now former) roommates at the Baxter Street Home for Wayward Boys… not Jason. But since I’m in charge of this series, you don’t get a vote.

“Top” and “Bottom” are a pair of identities that I’ve never really understood. Like, I get that many people like blowing or getting blown more than the other, same with butt-fucking, and other Fun Things To Do With A Friend. But… exclusively? And making a self-identity out of that? Diff’rent strokes for diff’rent folks, but every reasonably successful relationship I’ve been in has involved doing unto others as you would have them do unto you, and just as importantly enjoying that. For me, always doing the same thing would be… less fun.