I took this approach to the color to try to capture the atmosphere of a rave. It also gave me a chance to try something to visually depict the intensity of an orgasm, which is otherwise difficult to present in comix form. While it lasts, it’s like you’re separate from the rest of the world, experiencing waves of pleasure. 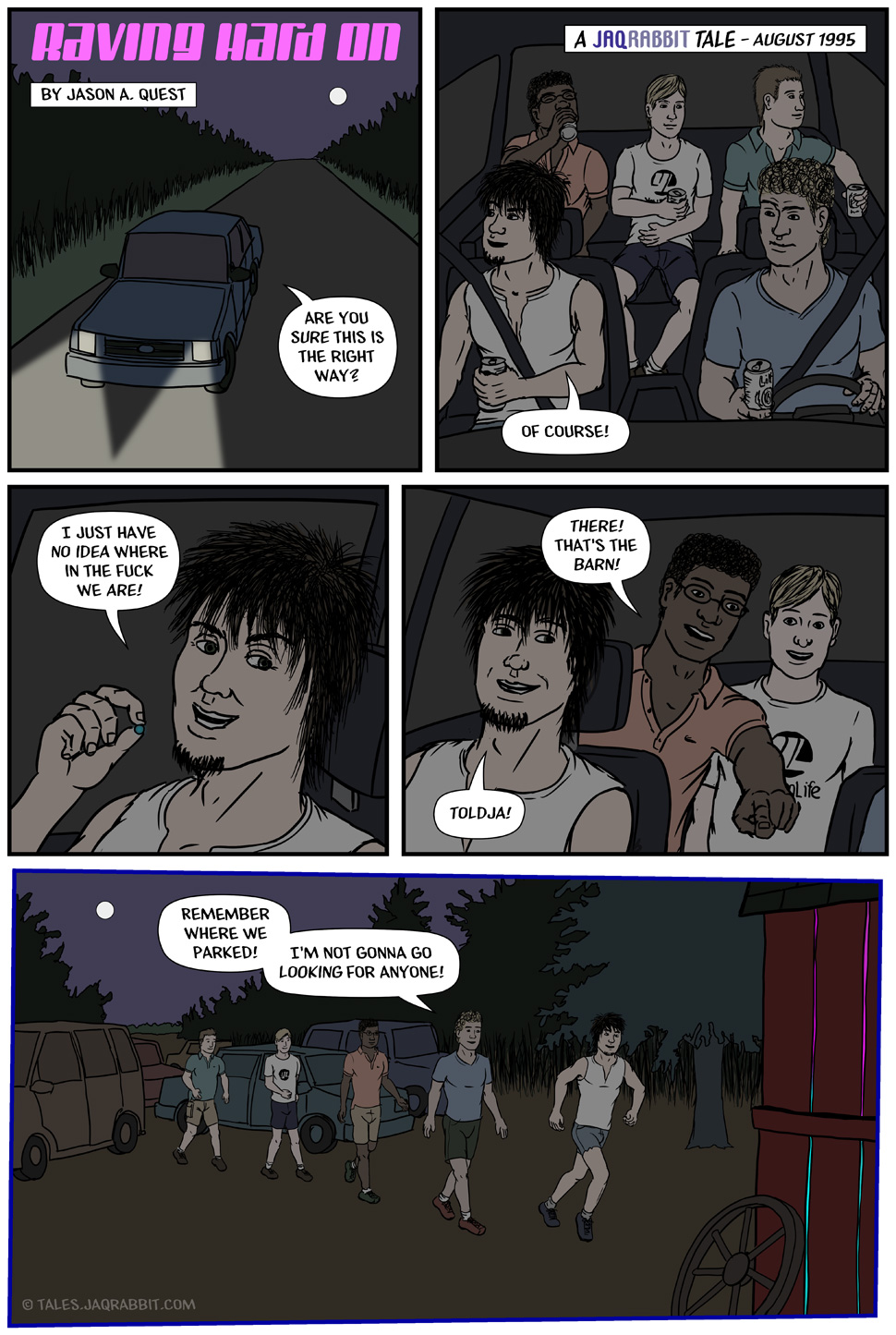 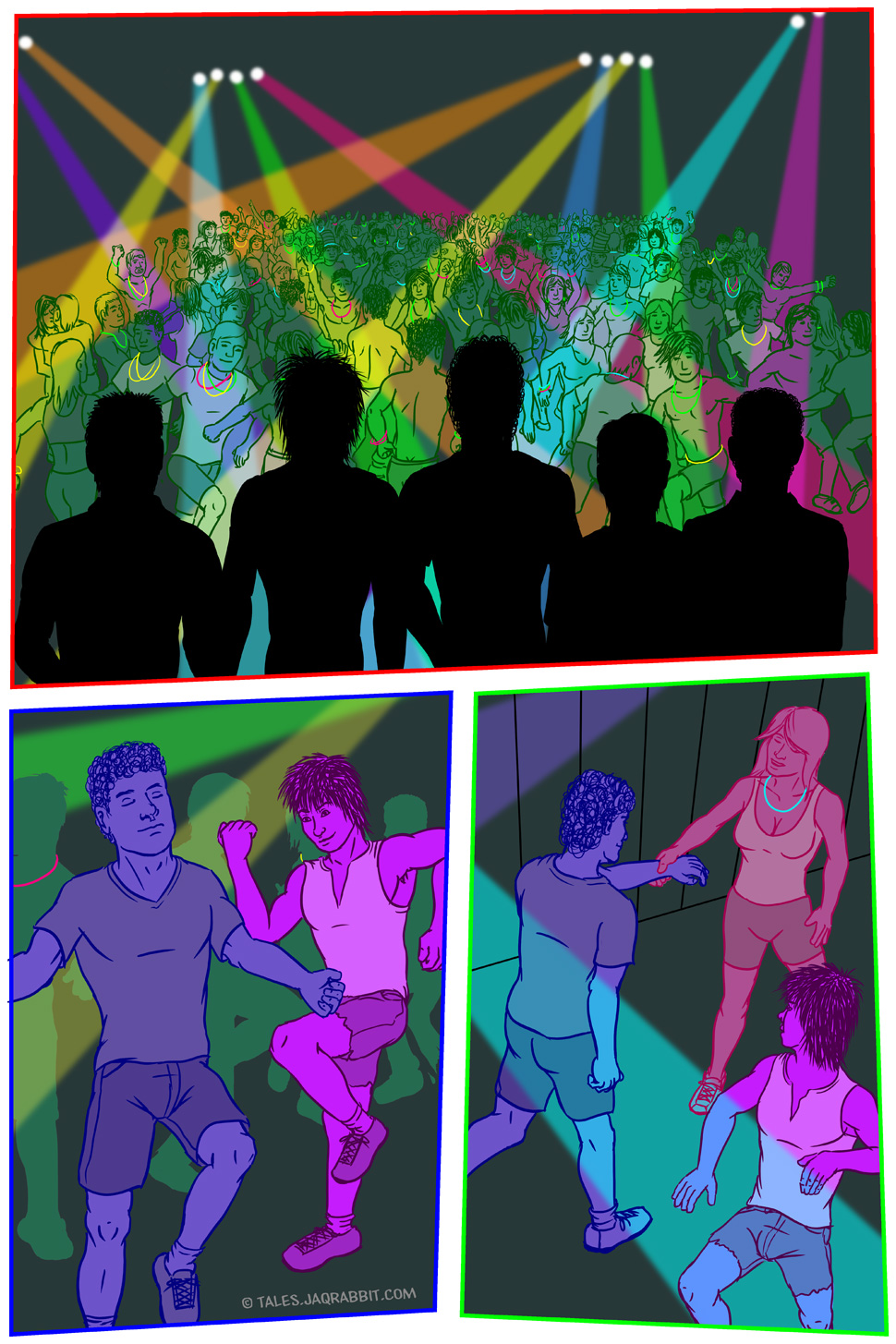 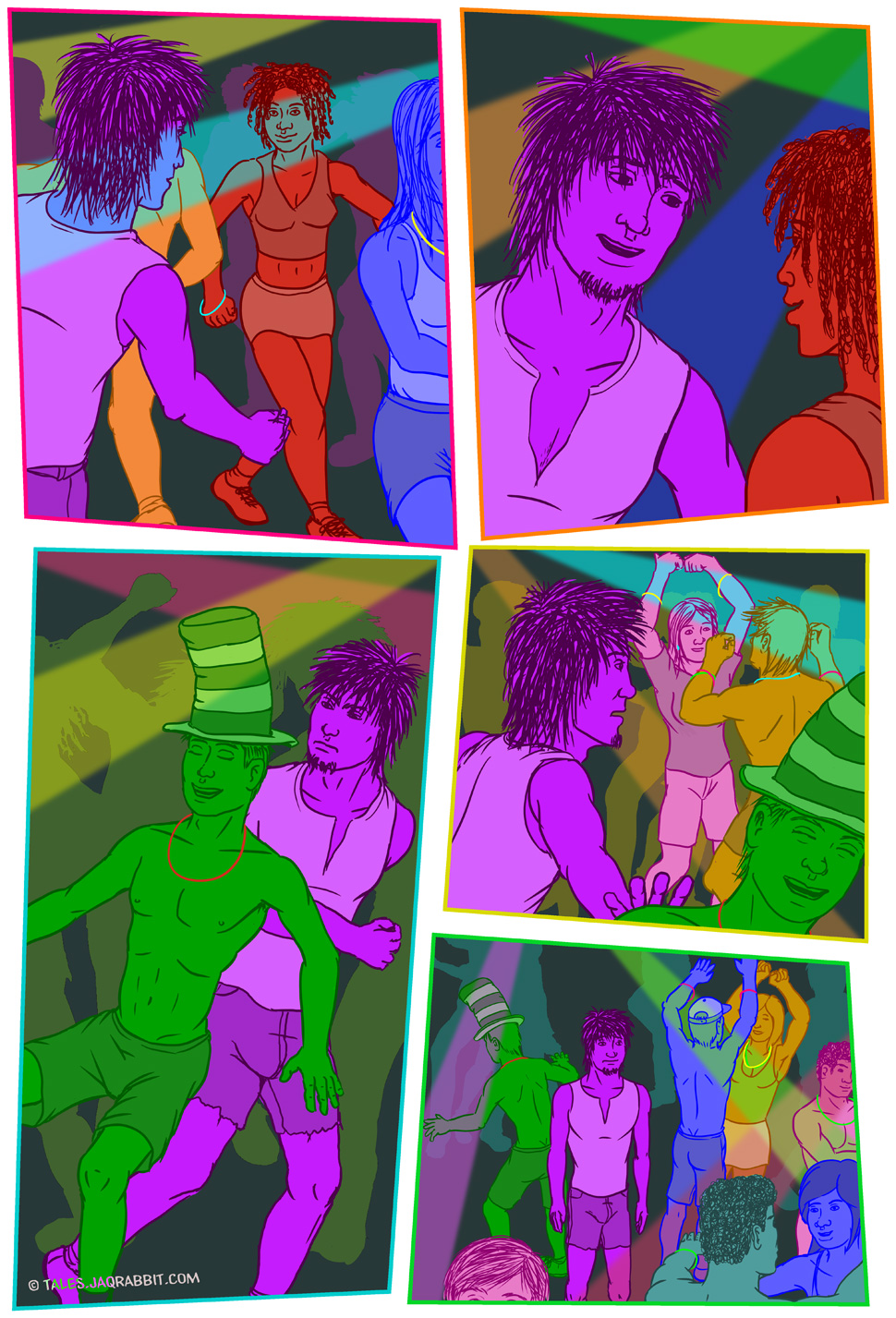 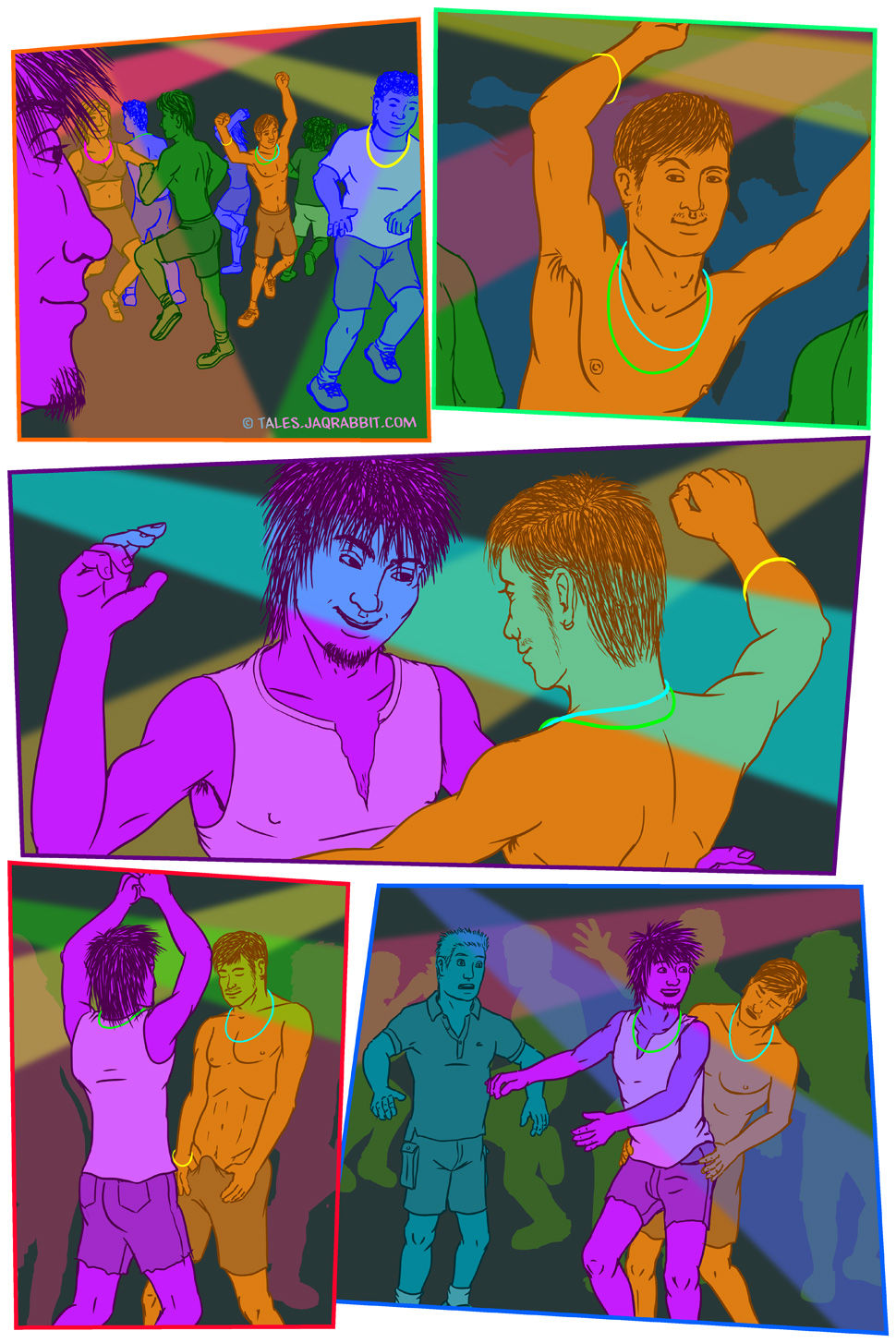 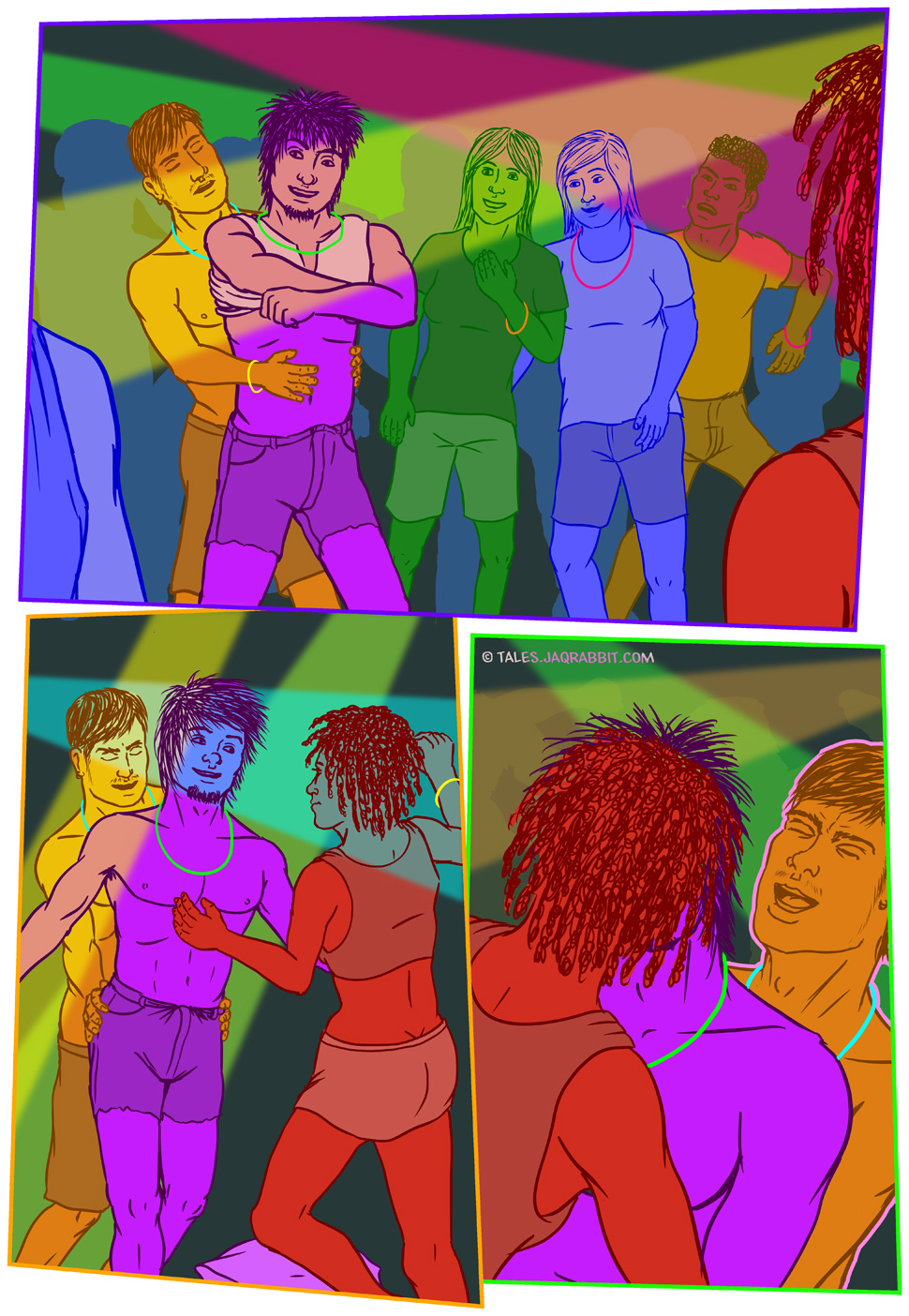 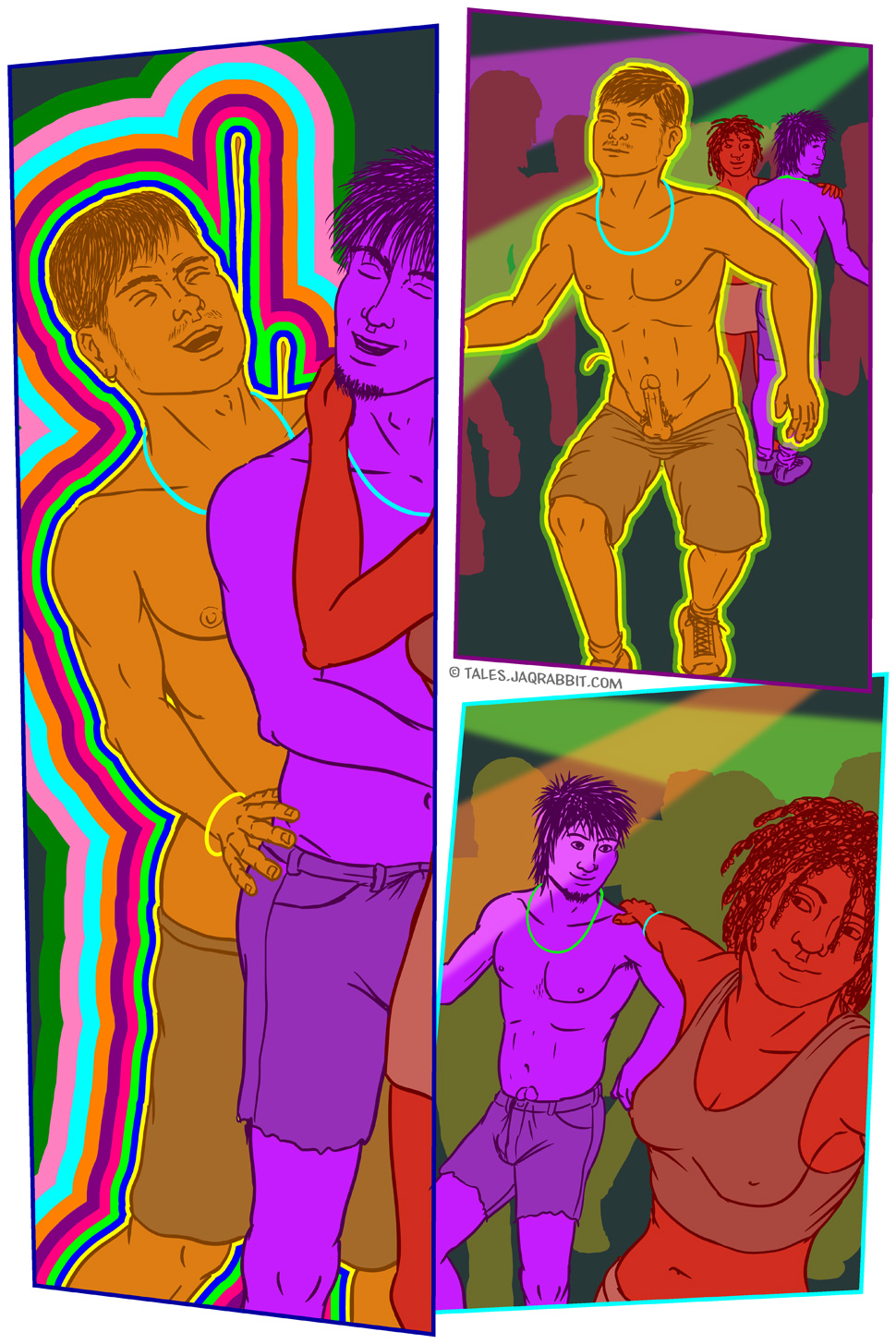 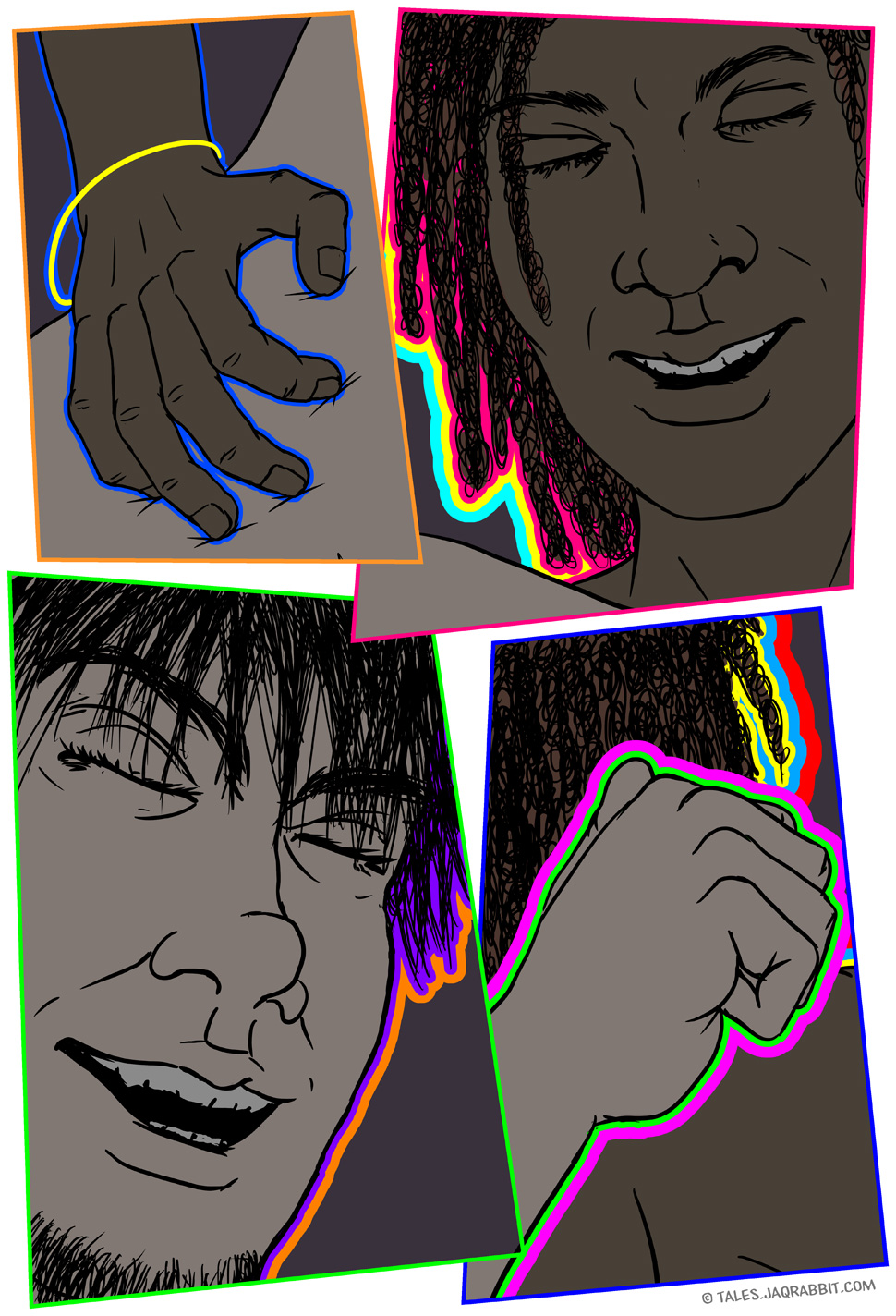 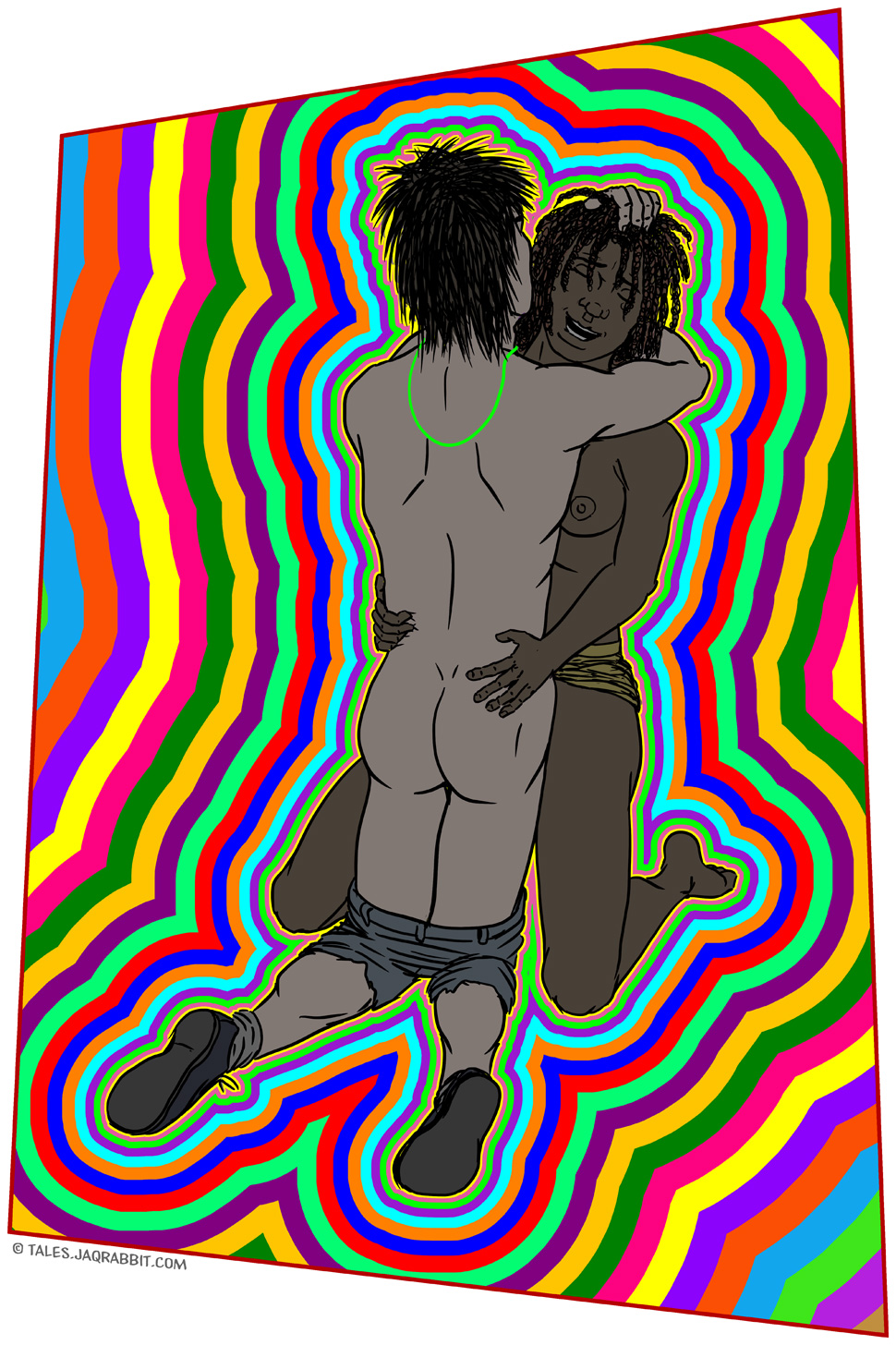 Fantastic use of color here!

Thanks… it was a fun change of pace!