The motivation behind doing this story was mostly about getting it done quickly, and sure enough: I rubbed this 4-pager out in one sitting.

Of course, as long as I was going low-art and low-fi with the line art, I had to do the same thing with the coloring and the lettering. So: slap-dash use of the marker tool for the color, and Comic Sans for the lettering. 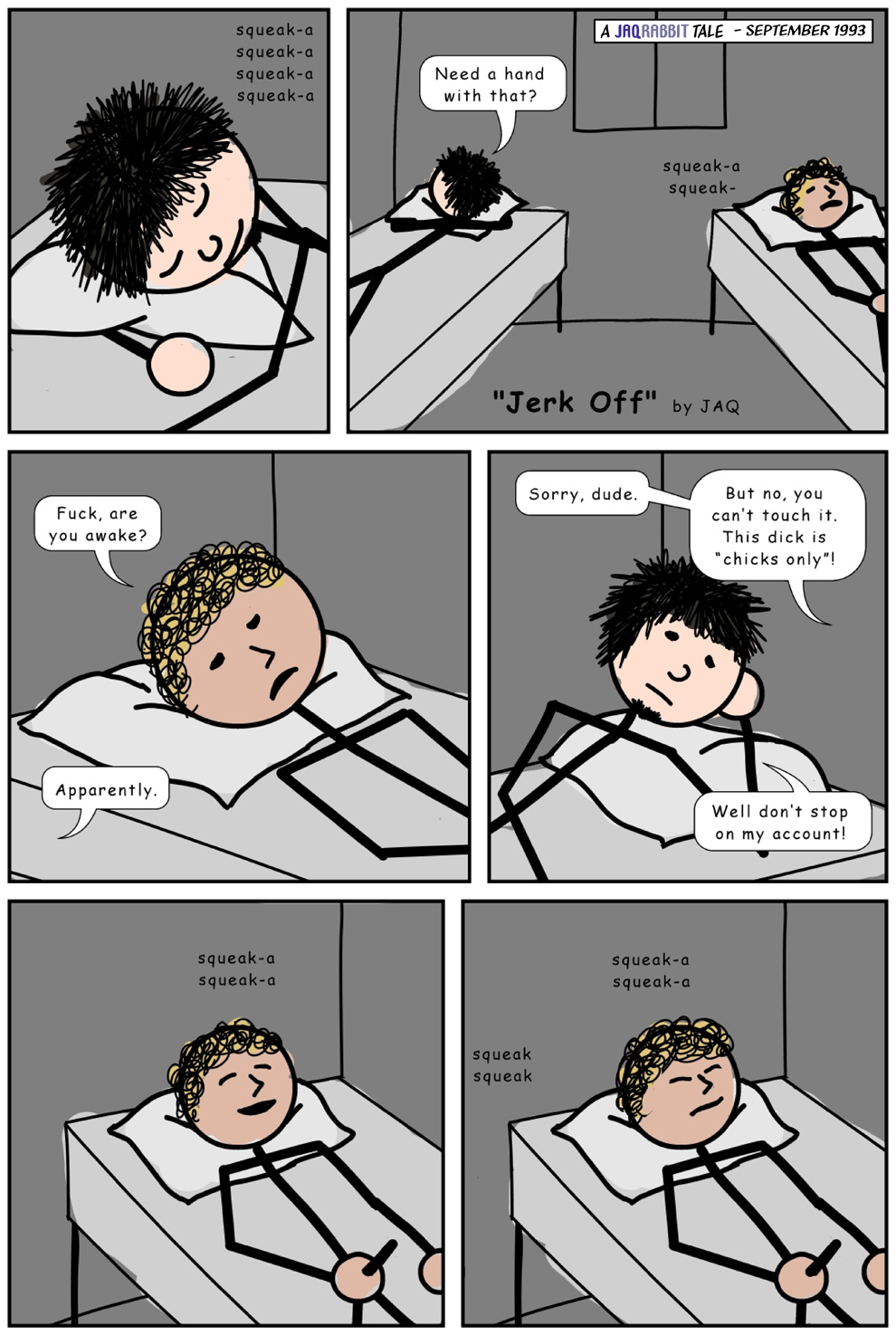 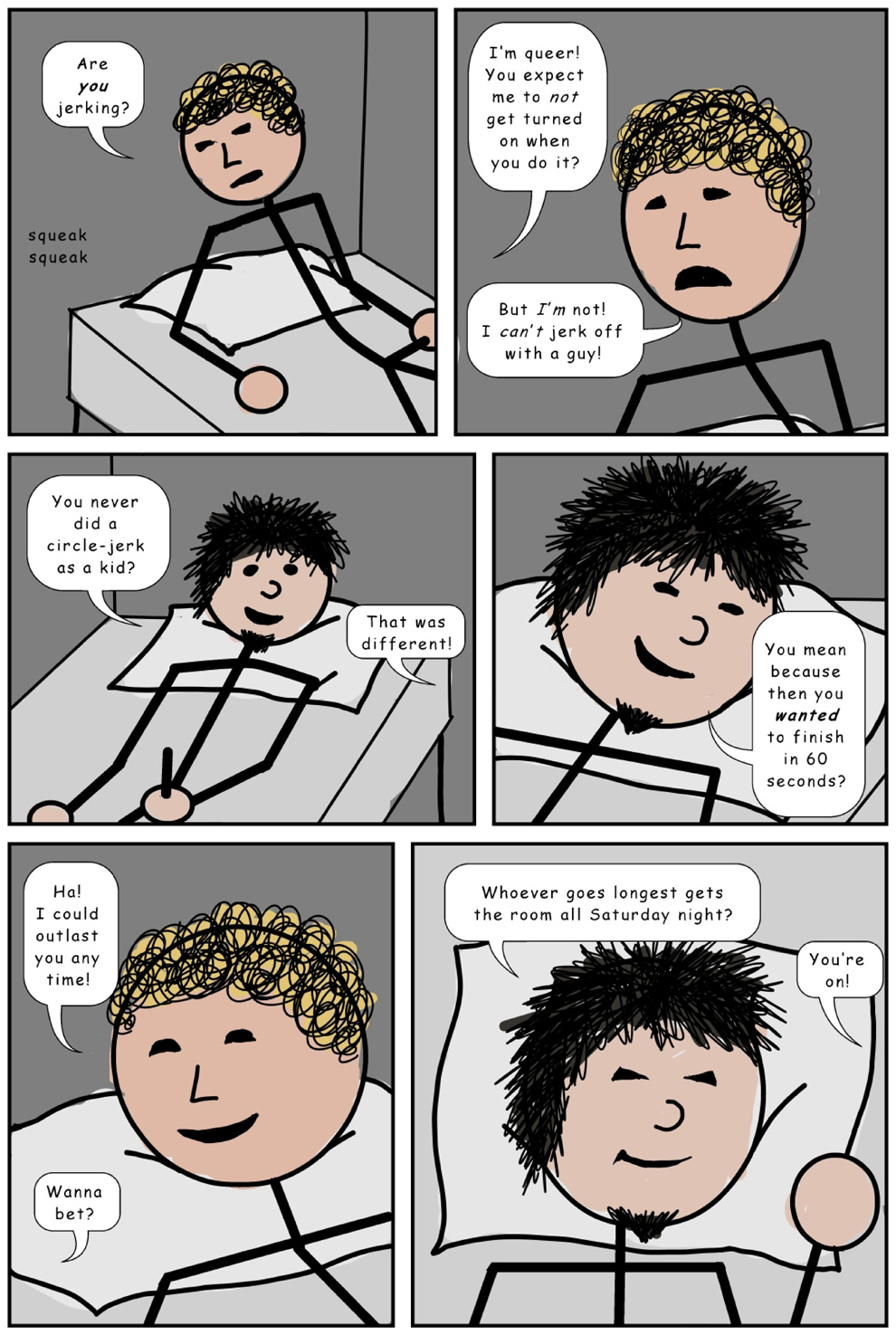 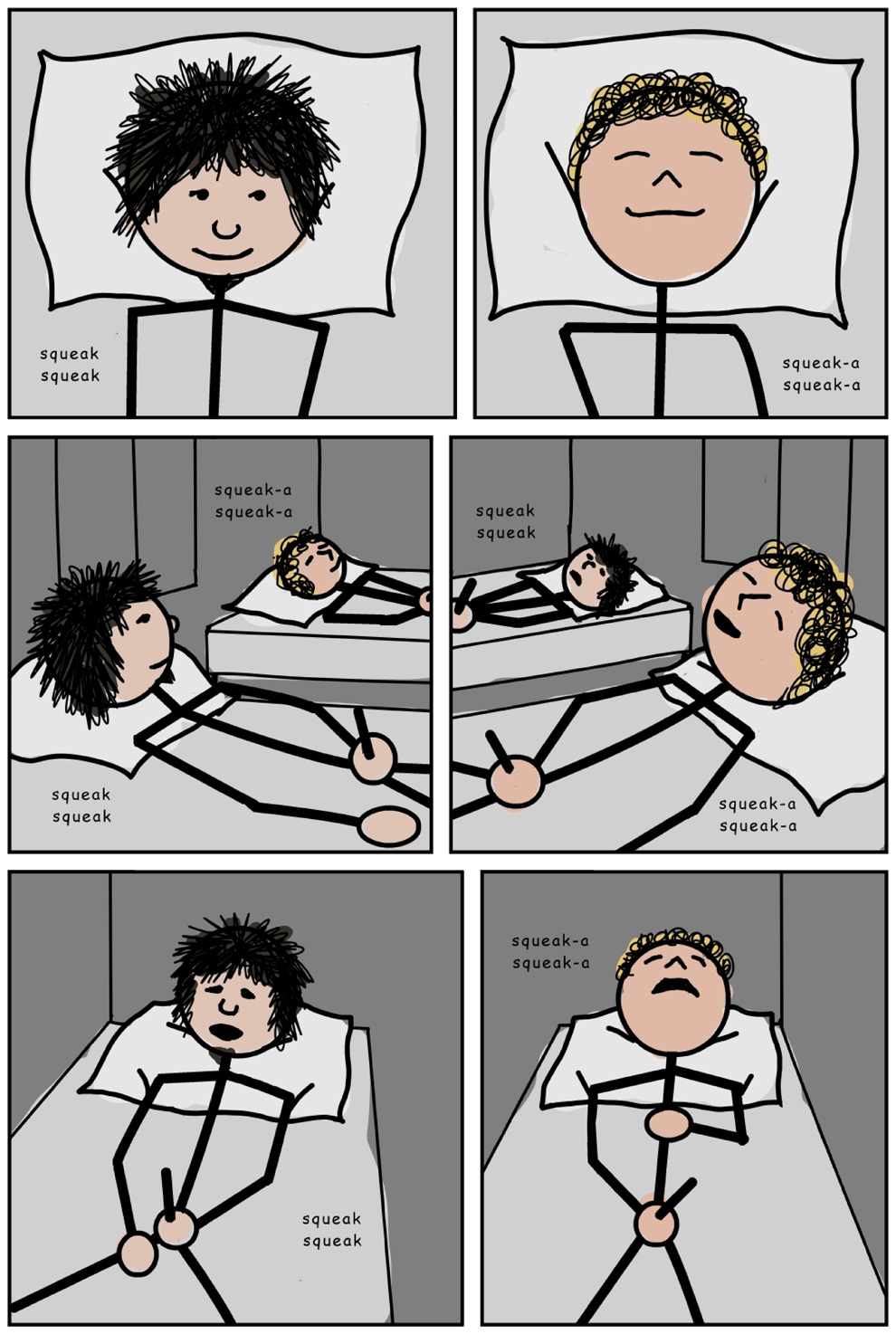 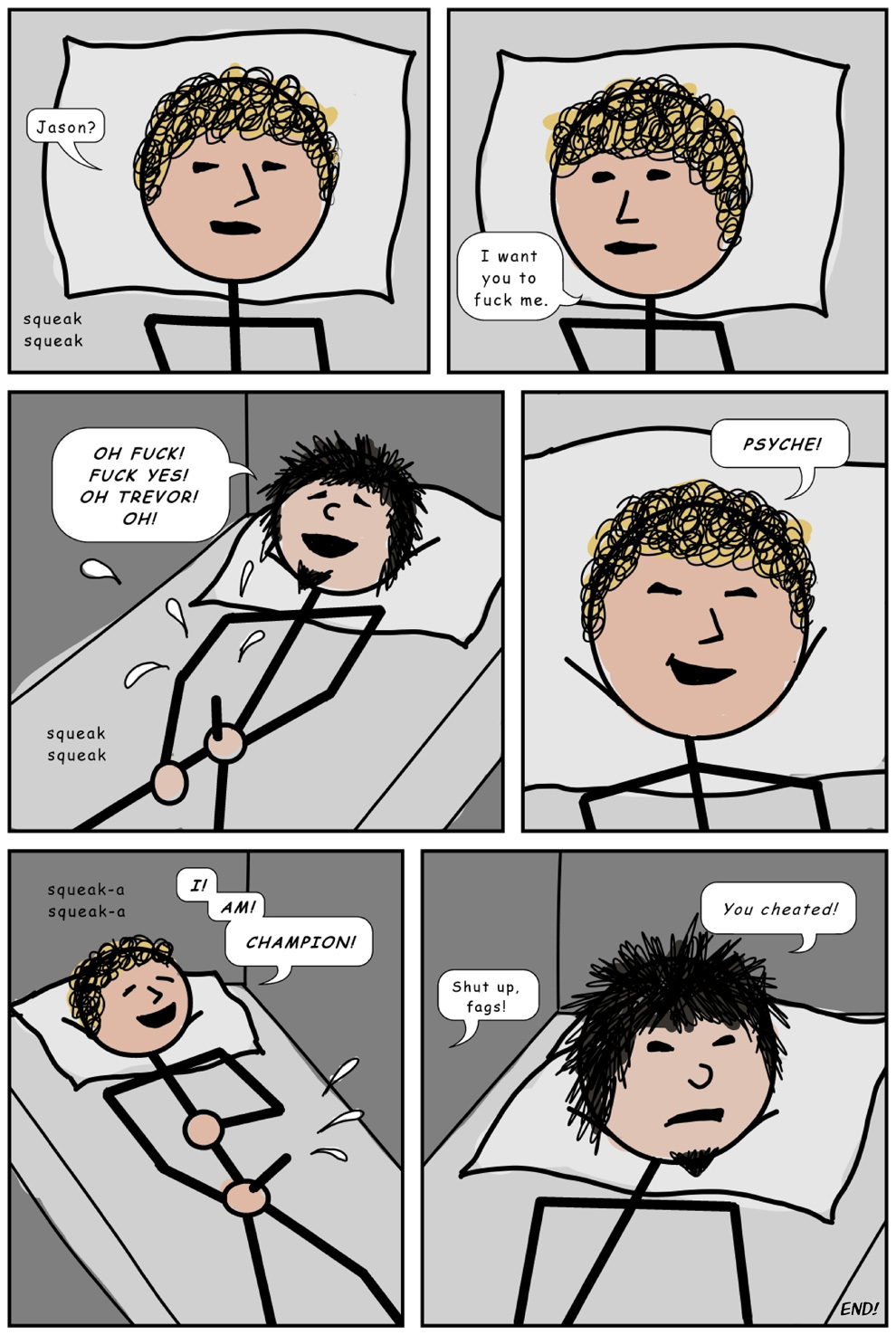