I’ve been doing JAQrabbit Tales for a long time. I started the weekly posts seven years(!) ago, and I’d been writing and drawing the series for four years already when I took that step. And rest assured: I am not done with it.

But the need to post new material every week is sucking me dry… and not in a good way.

I don’t want to just post random re-runs. As much as I like the randomness of the series, regular readers have already seen that. I want people to come back to the site every week, and why do that when you can just pull up a random Tale at any time? So here’s what I’m going to do:

I’m “relaunching” JAQrabbit Tales. I’m gonna take the archives offline and start over. But this time, I’m going to post the Tales in chronological order. Starting with the awkward adolescent awakening of Our Protagonist, and moving on year by year, decade by decade. I’ve always wanted people to (someday) be able to read the series that way, and now you’ll be able to do that, one week at a time.

One of the nice things about doing it this way is that there won’t be these page-at-a-time delays in telling each Tale. Honestly? I hate that kind of storytelling. Instead, every week will be a complete short story or a self-contained story pin-up. Sometimes it’ll be a single page. Sometimes it’ll be 6 pages. Sometimes 10 pages. Occasionally it’ll be 20 or 24 pages. That’s the way to do it. Also: I’m going to post them larger this time.

But one thing that will become clear from reading the series this way is the fact that it really is not finished. There will be transitions that don’t make any sense… because there are missing Tales. In one, Jason’s in college… the next he’s not. Jay appears out of the blue… without any introduction. Scout disappears… with no explanation. And so on. I haven’t told those Tales yet. They’re untold… for now. I’ve been saving them for later.

Meanwhile, I’ll keep working. I’ll keep writing, keep drawing, and keep recruiting guest artists. And when I get a new Tale finished… I’ll post it. Never mind if it doesn’t fit into the chronology: when it’s ready, it goes online. So it might be a month between new Tales, it might be a week, it might be a couple months. But when I post something new, it’ll be ready. So in case the retelling of these tales in chronological order isn’t enough to keep you coming back every week, I hope that will.

I know I have quite a few loyal readers, who come back to the web site every Monday to see what I’ve posted. I can’t tell you how much I appreciate that. I wish I could make a living from this, but I can’t, so knowing that I’m reaching readers like you makes a world of difference, and I wish I could give you each a blowjob/handjob/good-hard-fuck to show my appreciation. Instead, you have my thanks, and… every week I’ll have something for you to see here.

(For the record, if you want to throw some cash my way, that would definitely be welcome, and there are a variety of things I’m willing to do for that. I’ve drawn fans into stories or pin-up pages. I do commissions, and might be willing to draw kinky stuff for you even if it has nothing to do with the Tales. I don’t do meet-ups, but whatever you’re thinking… it doesn’t hurt to ask!) 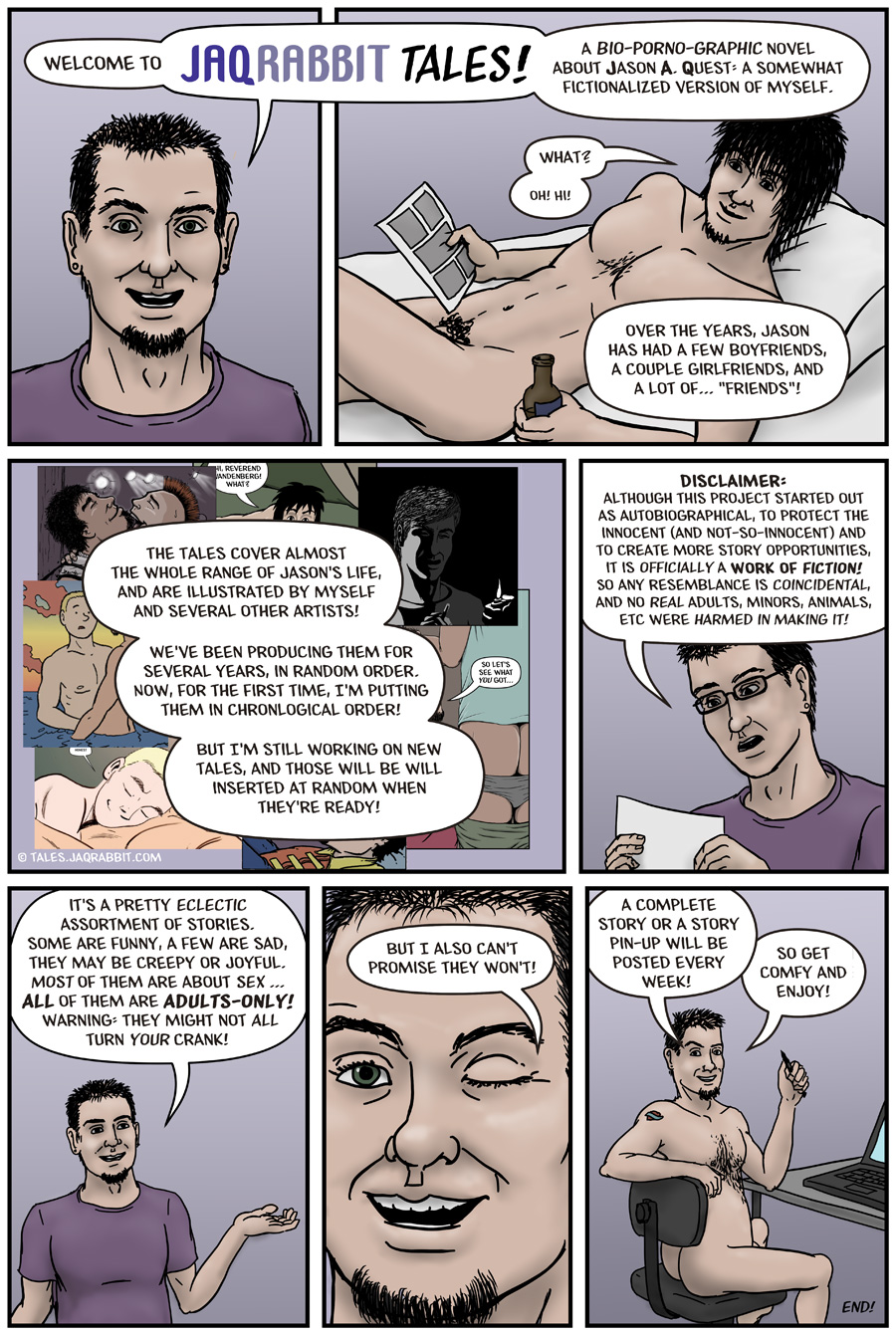