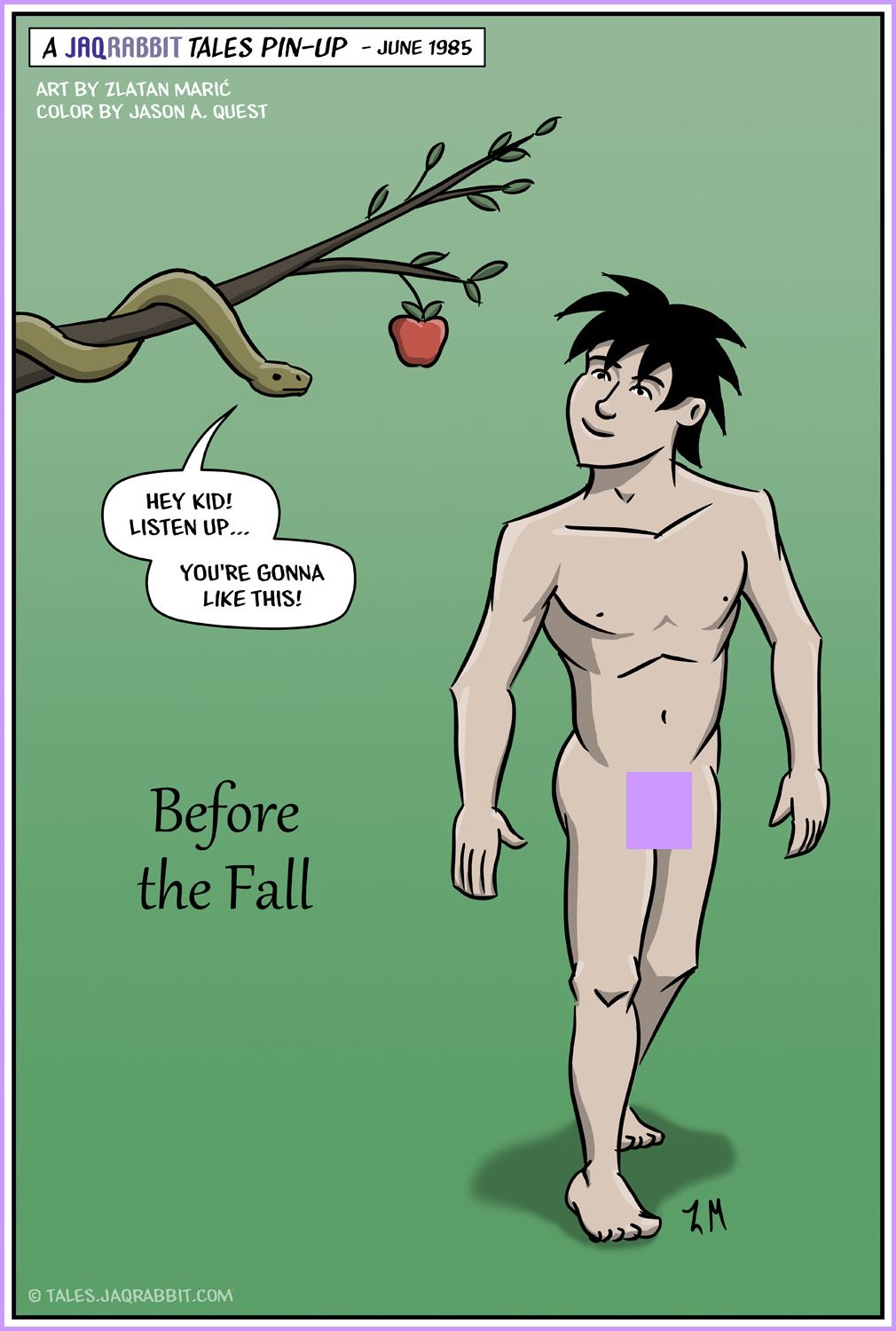 Before Jason became the world-wise, world-weary, whirled-about man featured in the JAQrabbit Tales, there was a time of innocence, in Eden.

I gave the idea for this to Zlatan, not sure what he’d come up with for it. I gave him the title, he groaned at the double meaning of it, and the Garden-of-Eden theme. The results were perfect.

But I hesitated to include this illustration in the series, on account of the age. There are some people who’ll see an image of a child in the context of a sexually-explicit series, and shriek “kiddie porn!” But look carefully at this picture: there is nothing sexual about it. That’s the whole point: it’s an image of innocence. It isn’t intended to appeal to anyone’s “prurient interests”, but rather to place the rest of the series in context. There is no “victim” here, just an idea… a concept… of childhood and innocence, and the immanent loss of that for the adventure to come.